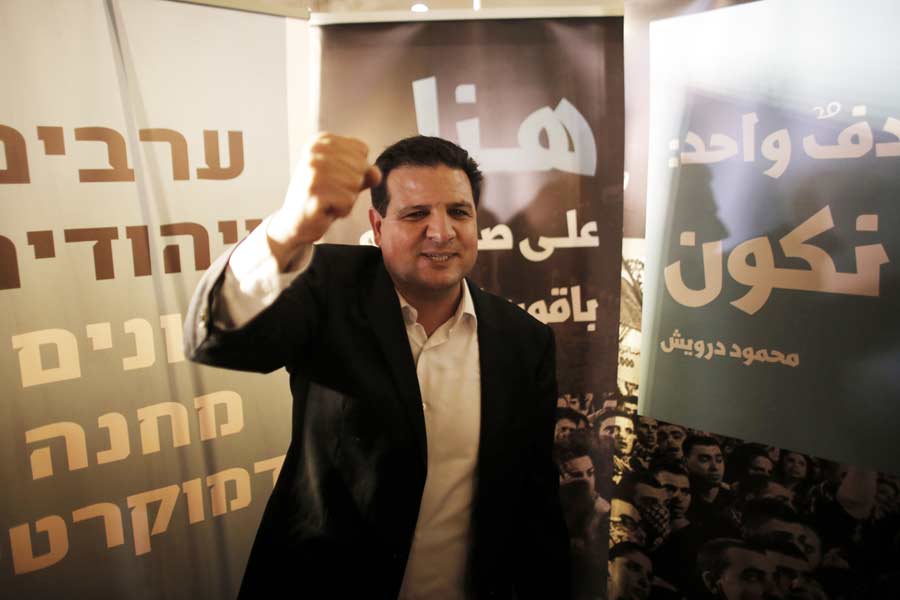 Joint List chairman Ayman Odeh, Israel’s top Arab lawmaker, expressed a willingness to join a center-left coalition following the September 17 national elections. The apparent reversal of longstanding opposition by Arab-majority parties to join a government is being construed as a possible effort to unseat Prime Minister Binyamin Netanyahu after the vote. Netanyahu’s ruling Likud party is currently polling neck-and-neck with Benny Gantz’s Blue and White list, although projections show both of them having difficulty cobbling together enough support from other parties in order to reach the magic 61-seat majority in the 120-member parliament. In this respect, the backing of even a few Arab legislators could end up pushing Blue and White across the finish line. In an interview with Israel’s Yediot Ahronot newspaper, Odeh nevertheless provided a long series of conditions that Gantz and his ostensible political partners would need to satisfy in order for such a scenario to materialize. These include, among others, a renewal of peace negotiations with the Palestinians and an end to home demolitions in the West Bank; striking down the controversial Jewish nation-state law that was passed last year; stricter enforcement of gun laws in the Arab-Israeli communities and the establishment of an inter-governmental task force to combat high crime rates therein. Odeh also demanded that a public hospital be built in an Arab city; that pensions for the elderly be raised; and that state funding be increased for women’s shelters. In a follow-up tweet on Thursday, Odeh added another major stipulation: that is, “ending the occupation,” a reference to Israel’s military presence in the West Bank. Some are viewing this as a backtrack of sorts, as a complete Israel Defense Forces withdrawal from areas located beyond the pre-1967 borders is essentially a non-starter. Moreover, other factions in the Joint List have already released statements distancing themselves from Odeh’s comments. For their part, the parties expected to back Gantz for premier previously made clear their opposition to sitting in a government with what they deem anti-Zionists.