BEIJING – Chinese tech giants including ByteDance, TikTok’s parent company, and Huawei Technologies are working closely with the Communist Party to censor and surveil... 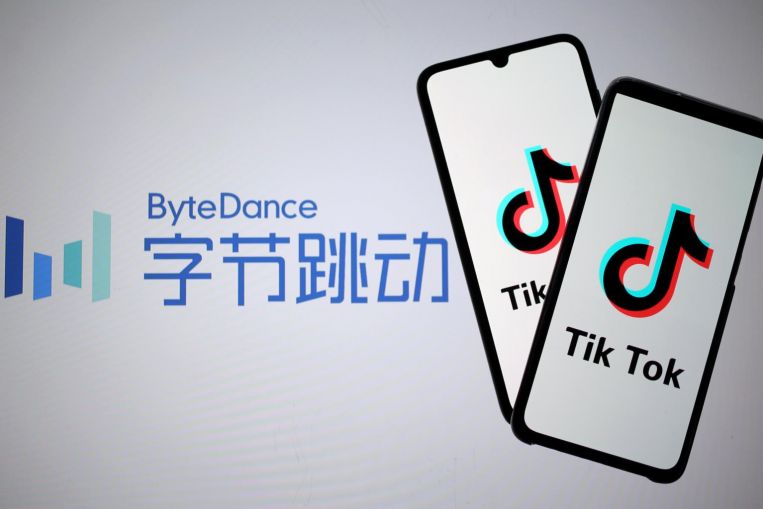 BEIJING – Chinese tech giants including ByteDance, TikTok’s parent company, and Huawei Technologies are working closely with the Communist Party to censor and surveil Uighur Muslims in China’s western region of Xinjiang, according to a report published on Thursday (Nov 28).

New evidence of links between the security apparatus and China’s biggest tech companies come just days after TikTok shut down the account of an American teenager who’d sought to highlight China’s human rights abuses in Xinjiang during what began as a make up video.

“Some of these companies lead the world in cutting-edge technology development, particularly in the AI and surveillance sectors,” Mr Fergus Ryan, Ms Danielle Cave and Ms Vicky Xiuzhong Xu write in the report.

“But this technology development is focused on servicing authoritarian needs, and as these companies go global (an expansion often funded by (Chinese) loans and aid) this technology is going global as well.”

This should give Western policymakers pause, they said.

Many Western policymakers have become increasingly concerned about the potentially nefarious capabilities of Chinese technology.

Some members of Congress have asked American intelligence services to determine whether the TikTok, a short-video app that has exploded in popularity among young people, poses national security risks.

Meanwhile, the Trump administration has blacklisted Huawei, concerned that the Chinese government will have access to information that passes through its new 5G technology.

These concerns relate to the use of the technology abroad, but the ASPI report says China’s powerful security apparatus is already harnessing the power of the country’s innovations to further its aims at home.

This is most evident in the western region of Xinjiang, where at least a million Muslims have been detained in re-education camps designed to wring their culture and religion from them and make them assimilate with the country’s Han majority.

Testimony from numerous people to have escaped China and troves of leaked documents all show that the camps are not the vocational training centres that the Chinese government says they are.

ByteDance did not respond to request for comment on the report’s findings on Thursday afternoon.

The report said the company has been “collaborating” with the Chinese government to disseminate its propaganda about Xinjiang.

Then, in April, the Ministry of Public Security’s Press and Publicity Bureau signed a strategic cooperation agreement with ByteDance to promote the “influence and credibility” of police departments nationwide, the ASPI experts said.

The agreement also reportedly says ByteDance will increase its offline cooperation with the police department, although the details of this cooperation are not clear.

ByteDance spokeswoman Anna Wang said that security services can open accounts on its social media apps, but that ByteDance “does not produce, operate or disseminate any products or services related to surveillance”.

“Douyin allows individuals, organisations and institutions, including civic and law enforcement groups, to set up user accounts,” she said.

“This practice is comparable to how social media platforms in other countries allow similar organisations, including law enforcement, to create accounts for purposes such as crime prevention alerts.”

Since last year, ByteDance has flourished. Its TikTok app has been downloaded a billion times, of which nearly 100 million came from the United States, and it has a jaw-dropping valuation of US$75 billion (S$102.44 billion).

ByteDance has also been working with Xinjiang authorities under a programme called “Xinjiang Aid”, whereby Chinese companies open subsidiaries or factories in Xinjiang and employ locals who have been detained in the camps.

Its operations are centred on Hotan, an area of Xinjiang considered backward by the Communist Party and where the repression has been among the most severe.

ByteDance has been guiding and helping Xinjiang authorities and media outlets to use its news aggregation app and Douyin to “propagate and showcase Hotan’s new image”, according to the ASPI report.

The ByteDance spokeswoman said that in Hotan, Douyin and Toutiao “work on poverty alleviation efforts, similar to what they do in many regions across China”.

ByteDance is uniquely susceptible to being used by the Communist Party because of its closeness to the censorship and surveillance apparatus of the party-led state, the authors wrote.

“Beijing has demonstrated a propensity for controlling and shaping overseas Chinese-language media,” the authors wrote.

“The meteoric growth of TikTok now puts the CCP in a position where it can attempt to do the same on a largely non-Chinese speaking platform – with the help of an advanced AI-powered algorithm.”

In the case of Huawei, which is locked in an existential battle with the Trump administration, there is evidence of extensive and direct work with Chinese security organs in Xinjiang, including helping authorities there with the “digitisation requirements” of public security projects.

“Together with the Public Security Bureau, Huawei will unlock a new era of smart policing and help build a safer, smarter society,” a Xinjiang government website quoted one Huawei director as saying last year.

When the Xinjiang Public Security Department and Huawei signed the agreement to establish an “intelligent security industry” innovation lab in the regional capital of Urumqi last year, a local official said Huawei had been supplying “reliable technical support” for the department, according to the report.

Huawei has also participated in a program called “Safe Xinjiang”, which the ASPI experts said was “code for a police surveillance system”.

The tech giant reportedly built the police surveillance apparatus in Karamay and Kashgar prefectures, which have become a central part of the ubiquitous monitoring system in Xinjiang.

A Huawei statement said it doesn’t comment on specific customer programmes but affirms that its technology complies with the laws where it is sold.

“Huawei does not operate safe city networks on behalf of any customers,” the statement added.

Technology companies “are intrinsically linked” with many aspects of Xinjiang’s crackdown on religious and ethnic minorities across the region, which has involved arbitrary detention, coerced labour practices and at-home forced political indoctrination, the report said.

“The Chinese tech companies in this report enjoy a highly favourable regulatory environment and are unencumbered by privacy and human rights concerns,” it concludes.

“Many are engaged in deeply unethical behaviour in Xinjiang, where their work directly supports and enables mass human rights abuses.”