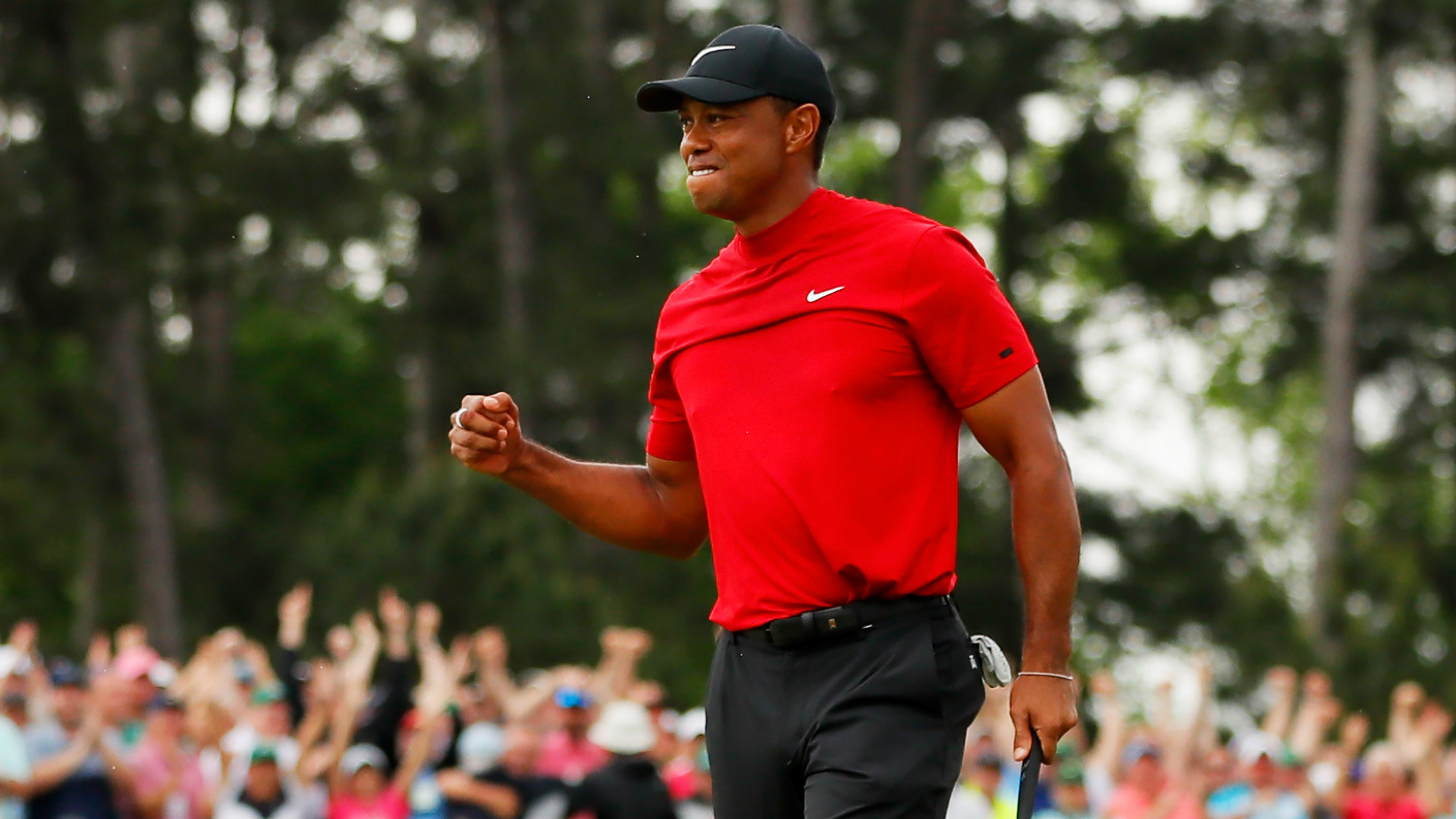 A fifth Masters title, a 15th major crown and an improved world ranking of sixth for Tiger Woods.

Woods celebrated a memorable Masters victory at Augusta, where the former world number one triumphed by one stroke on Sunday.

The 43-year-old has been plagued by injuries and off-course issues, which saw him fall to 1,199th in the world.

However, Woods is now sixth — up from 12th — and enjoying his best ranking since 2014 thanks to his drought-ending success in Georgia.

Not since 2008 had Woods won a major but the golfing great snapped his 11-year wait after finishing ahead of Dustin Johnson, Xander Schauffele and Brooks Koepka at 13 under.

“That will be the greatest scene in golf. Forever.”

“If that doesn’t bring a tear to your eye, if you’re a parent, you’re not human.” pic.twitter.com/xC8165hypE

Johnson is the new number one, replacing Justin Rose — who missed the cut at the Masters — while Koepka, Rory McIlroy and Justin Thomas round out the top five.