New openings on the slope of the volcano, the widening of road cracks in nearby towns, and a receding shoreline around Taal Lake could... 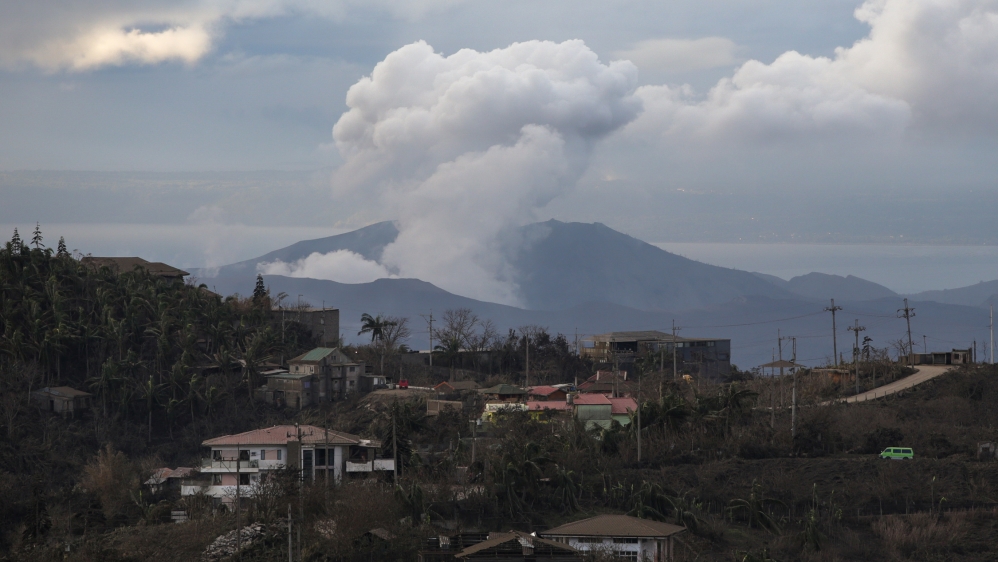 New openings on the slope of the volcano, the widening of road cracks in nearby towns, and a receding shoreline around Taal Lake could also indicate bigger eruptions, experts said [Eloisa Lopez/Reuters]

The number of residents displaced by an erupting volcano in the northern Philippines has risen to 162,000, as state scientists continue to warn that the threat of a hazardous explosive eruption remained, despite an apparent lull in activity on the surface.

The number of evacuees rose as police stepped up patrols to clear towns located within a 14km (8.69 mile) radius danger zone around Taal volcano in Batangas province, 66km (41 miles) south of Manila.

Among those displaced were about 5,000 people who live on Volcano Island – a popular tourist destination renowned for its stunning view of the volcano’s crater lake and lush hills teeming with trees and birds.

The Philippine Institute of Volcanology and Seismology (Phivolcs) said on Saturday that “steady steam emission and infrequent weak explosions” were monitored in the past 24 hours at Taal volcano, which is located in the middle of a lake.

Phivolcs chief Renato Solidum said continuing earthquakes were also monitored at Taal volcano, indicating that magma was continuing to rise to the top.

“What we see on the surface is different from what is happening underneath,” Solidum told a press conference.

“We still see magma rising and that can result in more dangerous activity of the volcano.”

“Alert level four remains because there is still threat of a hazardous explosive eruption,” he added.

Phivolcs earlier reported more signs of unrest at the volcano, including a new fissure on the slope of the volcano, the widening of road cracks in nearby towns, and receding shoreline around Taal Lake.

The Southeast Asian archipelago lies in the Pacific “Ring of Fire,” the string of faults around the ocean basin where much of the world’s earthquakes and volcanic eruptions occur.