Thousands protested on Sunday in Morocco against a planned conference in Bahrain where the economic component of a US-led plan for peace between Israel... 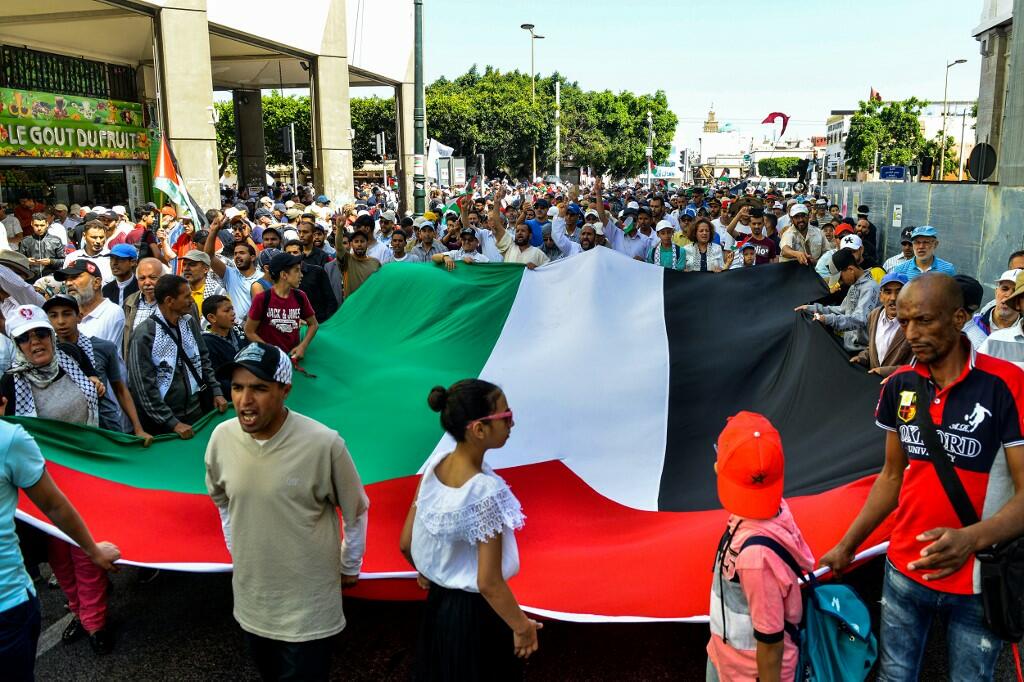 Thousands protested on Sunday in Morocco against a planned conference in Bahrain where the economic component of a US-led plan for peace between Israel and the Palestinians is set to be unveiled.

Demonstrators gathered in the capital Rabat near Morocco’s parliament and decried “Arab traitor regimes” for planning to attend the conference, including Saudi Arabia and the United Arab Emirates.

Others shouted “Death to Israel!” and “Death to the United States!”, with some demonstrators burning an Israeli flag.

The economic aspects of the US plan – dubbed the Peace to Prosperity workshop – are set to be discussed by attendees at a meeting in Manama on Tuesday and Wednesday.

The White House revealed key details on Saturday, including a target of raising more than $50 billion in investment and creating more than a million jobs for the Palestinians over 10 years.

But the Palestinian Authority is boycotting the event and Palestinian president Mahmoud Abbas on Saturday rejected the economic plan, which he said “should not be discussed” in the absence of a political solution.

Egypt and Jordan confirmed they would be sending delegations to the Manama workshop, which will also be attended by energy-rich Gulf Arab countries, Morocco and Israel.

The peace plan has so far deliberately avoided mapping a political component.