Demonstrators in Sao Paulo shout slogans on Tuesday against President Bolsonaro’s budget cuts Thousands of students and teachers have protested across Brazil... 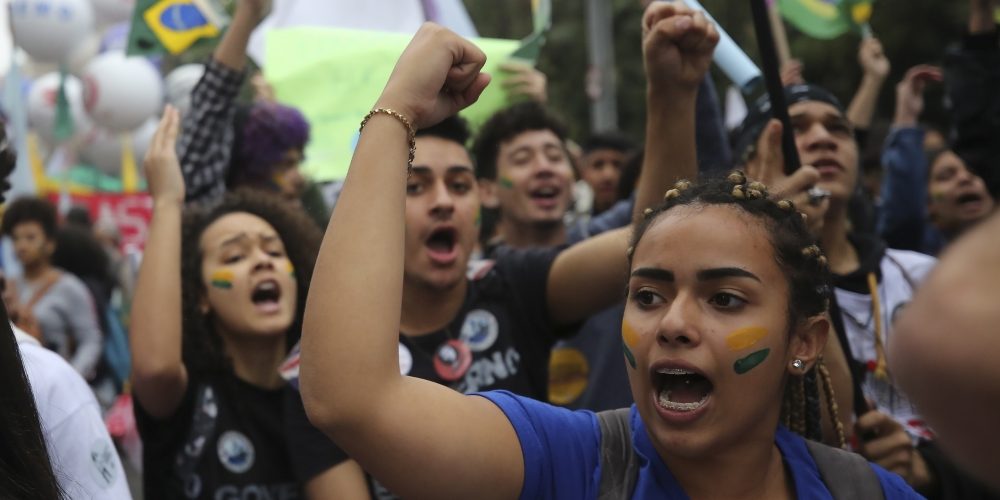 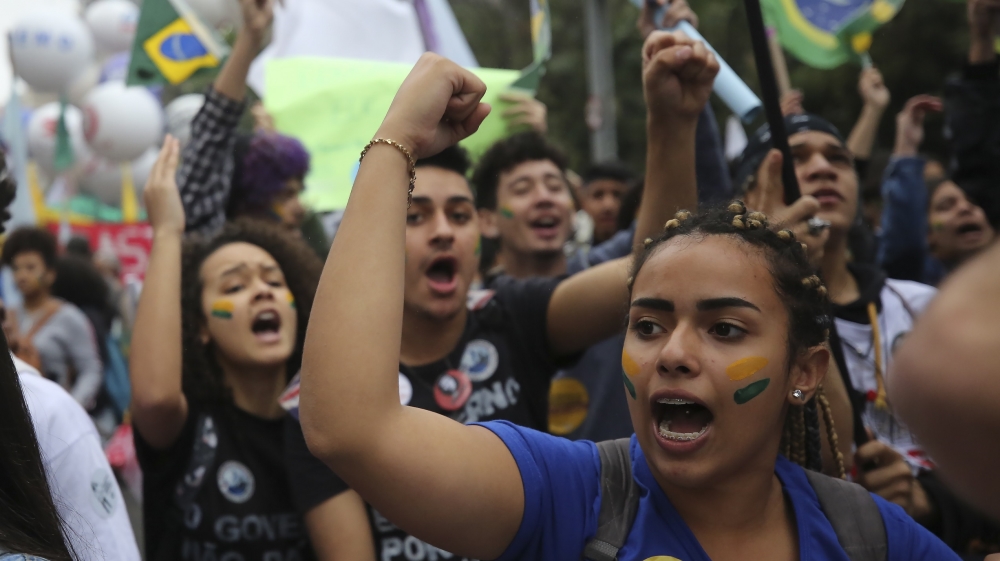 Thousands of students and teachers have protested across Brazil against President Jair Bolonaro’s federal cuts in education spending.

Union leaders called for a strike on Tuesday in the education sector, denouncing funding cuts from elementary schools to higher public education and plans to open federal universities to private investment.

The government said it is implementing the cuts across the board and in an equal way.

In Sao Paulo and Rio de Janeiro, hundreds of protesters took to the streets denouncing the cutbacks.

Demonstrators carried banners reading, “Bolsonaro, enemy of education” and chanting, “Come, come to the street against the cuts.”

Alice Matos de Pina, a doctoral student at Rio de Janeiro’s Federal University, said he want the government of Bolsonaro to know that the budget cut is unpopular.

“I think the strategy and our goal is to make the people and the workers understand that it is in their interests to defend a public university and not a university that meets the needs of the market,” he said.

Online news portal G1 registered events in 72 cities on Tuesday, but the turnout did not match the huge crowds that joined in similar protests in May.

The education ministry had already announced earlier this year a 30 percent cut to university funding and blocked all forthcoming scholarships for master’s and doctoral students.