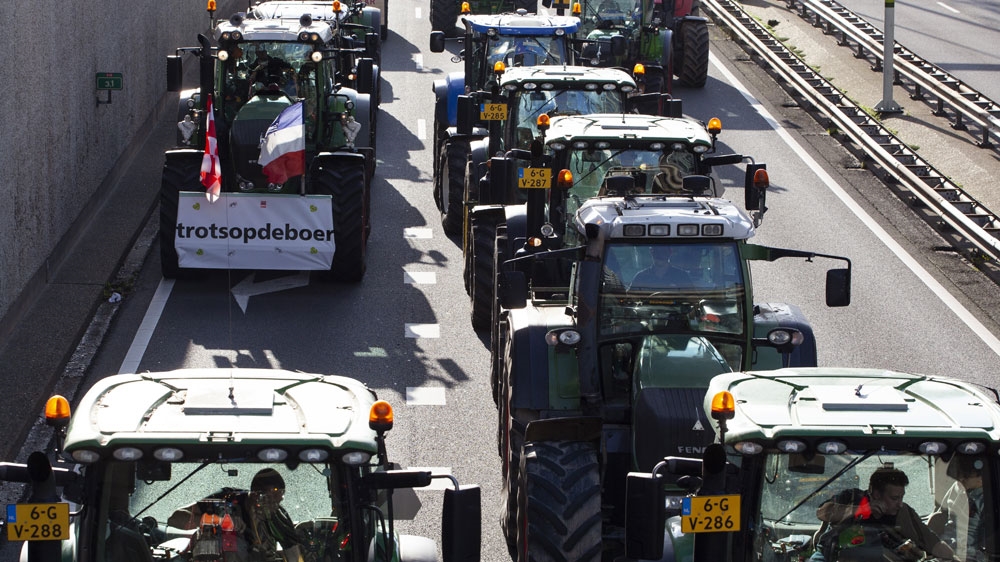 Thousands of Dutch farmers drove tractors along highways causing major traffic jams on Wednesday, as part of their protest campaign against what they say are attempts to blame them for nitrogen pollution.

The convoys of tractors set out in the early morning for the city of Utrecht, and the farmers aimed to later take their protest to The Hague, where separate demonstrations were planned.

It is the third time that the farmers have mounted a day of protest, in a campaign launched after a court ruling in May found the Netherlands in violation of European emission rules.

More than 375km (233 miles) of roadways were jammed, especially around Utrecht, according to road and drivers’ organisation ANWB. A government environmental institute, that farmers say is responsible for publishing misinformation about nitrogen emissions, is located in Utrecht.

“These are all people in the city who have two plants on their balcony and say ‘nature is suffering’.”

Livestock farming is a major cause of nitrogen pollution, along with construction and transportation. Farmers argue they have made major efforts to reduce their emissions and say their role in providing food for the nation is under-appreciated.

Although no concrete steps against the farmers have been announced, one political party has suggested the Netherlands reduce the number of live animals it produces, leading to an outcry from farming groups.