With violent clashes forcing Libyans to flee southern districts in the capital, Tripoli, local and international calls for their safe evacuation have gotten even... 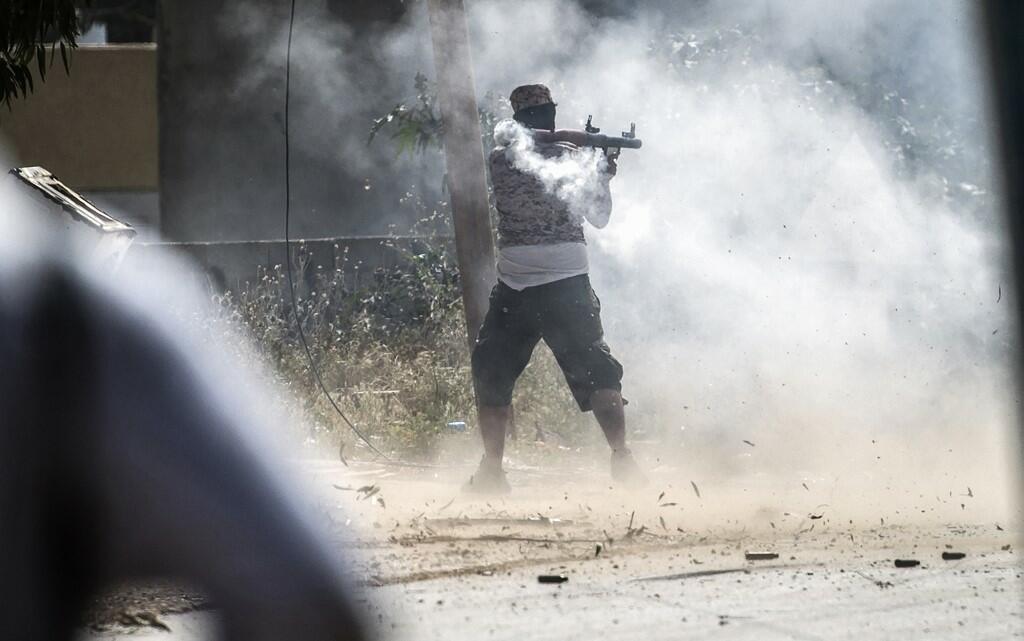 With violent clashes forcing Libyans to flee southern districts in the capital, Tripoli, local and international calls for their safe evacuation have gotten even louder as women, seniors and children are put under the threat of indiscriminate and brutal shelling.

Humanitarian relief staffers helping locals exit safely from high-conflict zones such as Khallet Alforjan via escape routes like Wadi Alrabie Rd. and Qaser Bin Ghashir Rd. But, despite efforts, many remain trapped in their homes due to crossfire.

Many citizens have been advised to restrict themselves to the safety of their basements or locked areas at home and keep away from windows and balconies, where they risk getting shot. They were asked to maintain contact with evacuation teams working to secure their leave.

Indiscriminate shelling and heavy gunfire are causing destruction and displacement, while the number of people affected is rising.

More than 42,000 people, according to the UN refugee agency (UNHCR), have been forced to flee their homes since the conflict began earlier this month.

According to the World Health Organization, 345 people have died including 22 civilians, and another 1,652 are injured.

In an appeal, the UNHCR demanded “unimpeded and sustained humanitarian access to all affected areas and to agree to a temporary humanitarian truce to allow for the provision of emergency services and the safe and voluntary passage of civilians out of conflict-affected areas.”

The international aid body also raised the alarm on the rampant bombardment of civilian neighborhoods resulting in more casualties and further destruction of the city’s infrastructure.

“It is imperative that every effort is taken to ensure that civilians are not being caught in the crossfire, and to spare civilian infrastructure,” it demanded.

Local first responder teams in Al Ajaylat, a small city located some 80 km west of Tripoli, released a joint statement saying they succeeded in delivering badly needed relief aid to 23 displaced families from the embattled capital. They vowed to continue distributing remaining humanitarian relief aid packages provided by the UNHCR on the 250 displaced families in town.