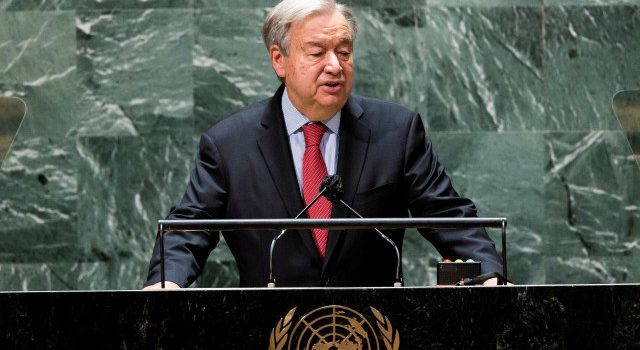 Those Guilty Of Chemical Attacks Must Be Held Accountable, Says UN Chief

Antonio Guterres1 Middle East12 UN10
NEW YORK: The perpetrators of chemical-weapon attacks must be identified and held accountable for their actions, UN Secretary-General Antonio Guterres said on Monday. His... 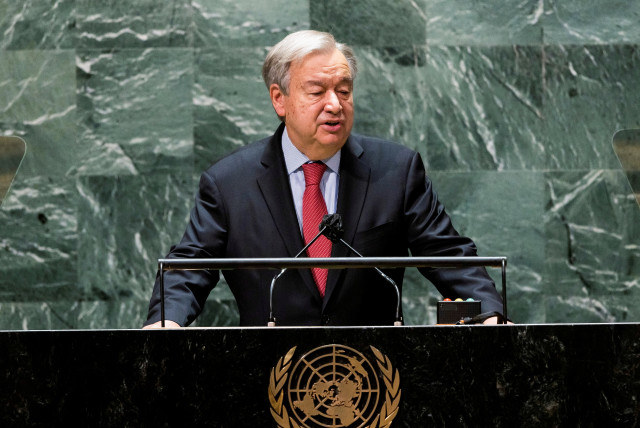 NEW YORK: The perpetrators of chemical-weapon attacks must be identified and held accountable for their actions, UN Secretary-General Antonio Guterres said on Monday.

His comments came as he opened the second session of the Conference on the Establishment of a Middle East Zone Free of Nuclear Weapons and Other Weapons of Mass Destruction.

Currently, 60 percent of UN member states are covered by five nuclear weapon-free zones in Latin America and the Caribbean; the South Pacific; Southeast Asia; Africa; and Central Asia. Guterres said that expanding these zones would lead to more robust disarmament and non-proliferation norms.

“That is particularly the case in the Middle East, where concerns over nuclear programs persist, and where conflicts and civil wars are causing widespread civilian casualties and suffering, undermining stability and disrupting social and economic development,” the UN chief said as he again called on all in the region to exercise restraint and avoid the escalation of conflicts.

The second session of the annual conference, which was delayed by a year because of the COVID-19 pandemic, was presided over by Mansour Al-Otaibi, the permanent representative to the UN for Kuwait, which was chosen to inherit the presidency from Jordan after the first session in 2019.

In line with a General Assembly decision, the goal of the conference is to “elaborate a legally binding treaty” to establish a Middle East zone free of nuclear weapons and other weapons of mass destruction, on the basis of “arrangements freely arrived at by the states of the region.”

Guterres praised Kuwait for “actively engaging participants during the intersessional period to learn from the other nuclear weapon-free zones and continue moving the process forward.”

He said the conference represents a chance to produce tangible results for the Middle East and to reinstate dialogue on the “full and effective” implementation of the Joint Comprehensive Plan of Action, also known as the Iran nuclear deal.

He urged “all parties” to work to salvage the agreement, signed in 2015 by world powers and Iran, under which Tehran pledged to halt its efforts to develop a nuclear weapon in return for the lifting of international sanctions.

Former President Donald Trump withdrew the US from the deal in 2018. A sixth round of negotiations to revive the JCPOA began on Monday in Vienna.

“Your strong political will, together with the international community’s support, can transform the vision of a Middle East free of nuclear weapons and other weapons of mass destruction into a reality,” Guterres told the participants.