The US-sponsored economic workshop dubbed “Peace to Prosperity” is under way in Bahrain with the aim of generating $50 billion in investment – with... 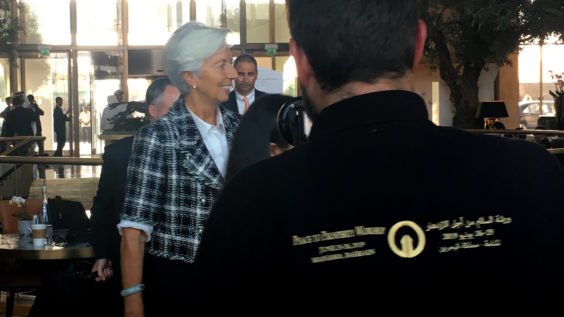 The US-sponsored economic workshop dubbed “Peace to Prosperity” is under way in Bahrain with the aim of generating $50 billion in investment – with just over half allocated to development projects in the West Bank and Gaza Strip, and the rest split nearly evenly among Egypt, Jordan and Lebanon. The forum is the first public event following the publication over the weekend of the economic portion of the Trump Administration’s long-delayed Israeli-Palestinian peace plan. While the White House has been criticized for bifurcating between the economic and political elements of the conflict, Jared Kushner, son-in-law and senior adviser to US President Donald Trump, explained the rationale underpinning the administration’s controversial decision. “One who is more hopeful and sees an opportunity for his or her family will put energy into pursuing opportunity instead of blaming others for their current misfortune,” media reports quoted Kushner as saying in reference to the Palestinians at the summit’s opening. “That is why agreeing on an economic pathway forward is a necessary precondition to what has previously been an unsolvable political situation.” Kushner further emphasized that the workshop was a unique chance to enhance regional cooperation. “Some people have mockingly called this effort the ‘Deal of the Century,’ but at its core it is not just about making a deal. In fact, it is better referred to as the opportunity of the century if leadership has the courage to pursue it. This is about creating opportunity for the Palestinian people, about creating opportunity for people throughout the Middle East,” Kushner proclaimed. The Palestinian Authority is boycotting the conference and instead launched three days of protests in the West Bank.