The ‘Troubled’ Metro Bank Hopes To Get Fresh Funding

Metro Bank is hoping to announce it has secured hundreds of millions of pounds in additional investment after close of business on Wednesday. The... 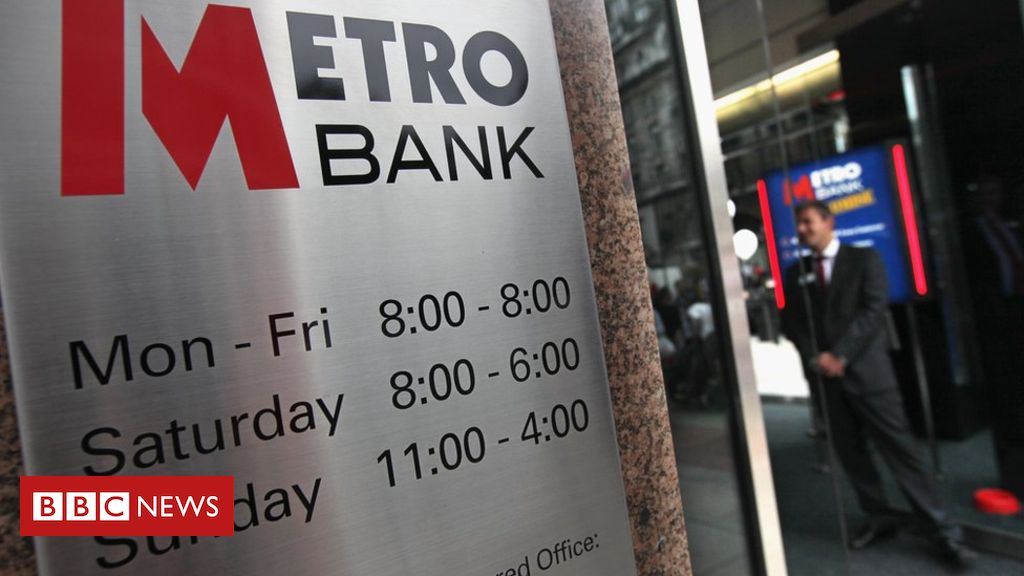 Metro Bank is hoping to announce it has secured hundreds of millions of pounds in additional investment after close of business on Wednesday.

The BBC understands a combination of existing and new investors have agreed to back the troubled bank.

However, it is not clear at what price the new shares will be sold and how much of the bank the new investors will own.

The value of the existing shares has plummeted 80% over the last year.

They fell by more than 40% in just one day in February when the bank announced it would need to bolster its finances after miscalculating the size of its cushion against losses.

Metro Bank recently revealed that some business customers had begun to withdraw some of their money during March, but deposits overall returned to growth in April.

Individual investors deposits are protected by an industry-wide scheme up to a value of £85k, but business customers don’t enjoy the same protection.

The bank recently received £120m from a kitty funded by RBS and earmarked to provide greater competition in the banking market.

Metro Bank promised to match each pound of that with two of its own to boost lending and improve services for SMEs, particularly in the north of the UK.

Sources close to the bank say it has no intention of backing down from those promises.

However, many industry analysts have expressed doubts about the sustainability of Metro’s future plans for the rapid growth of a branch-based retail bank.

Metro currently has 66 branches and did have plans to grow to 200.

Nevertheless, if successful securing this funding should offer some much needed reassurance for now to customers and investors.