The Story of The Jordanian Youth Who Was Attracted to ISIS

Nadim, 21, used to work at a restaurant before he pledged his allegiance to the leader of the Daesh terror group online, swearing to... 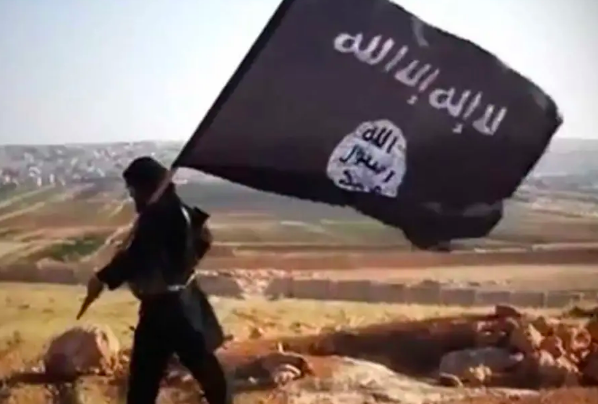 Nadim, 21, used to work at a restaurant before he pledged his allegiance to the leader of the Daesh terror group online, swearing to serve the self-proclaimed emir, but he was caught by security agents before he had a chance to.

“I was curious about Daesh so I followed their news on social media. I encountered individuals over Twitter and after a while asked them through Telegram how to get to Syria safely,” Nadim (not his real name) said in his statement to a prosecutor at the State Security Court (SSC), according to documents The Jordan Times has had access to recently.

Motivated by his religious sentiments, Nadim became a staunch supporter of Daesh in 2016. “They enforce Sharia [Islamic law] properly,” he claimed.

Eventually leading to his conviction and a five-year jail sentence, Nadim’s terror-related activities began when he started to promote the terrorist ideology to his peers through Facebook, Twitter and Telegram, to garner more supporters for the terrorist group’s cause, the document indicates.

“After that, I was in touch with someone called Nasreddine. I took the oath of allegiance to Daesh’s emir, and then waited for my instructions. My aim was to join them in Syria,” Nadim was quoted as telling the court official in the document.

The young man was arrested a while after, and was charged with promoting terrorist ideology and attempting to join a terrorist group.

The recruitment activity of Daesh through the same pattern used with Nadim reached its peak in 2015.

The strategy was characterised with focus on youth between 16 and 30 years old, according to an SSC judge who preferred anonymity.

“These groups realised the importance of a youth-oriented narrative, which is why they focused on showing youngsters in their visual media to reflect the illusion of strength and chivalry; a new generation that is able to use weapons and different technologies, and, at the same time, a generation that has a strong sense of purpose,” the judge said in a statement to The Jordan Times.

“This segment is the most driven and prone to impulsive behaviour, as well as the most active on social media,” the judge added.

The jurist highlighted how Daesh utilises its fighters’ personal networks.

“These organisations utilise fighters’ social and family relations, to secure financial support or form a recruitment network,” he said, adding that they then identify the most active and zealous individuals to promote the ideology and manipulate the frustrating sociopolitical situation to drum up support for terror groups.

Mohammed Athmat, a retired Colonel and the founder of Jordan Centre for Countering Extremism (JCCE), played down the role of social media.

“The content is what made the difference,” he told The Jordan Times in a phone interview.

“Social media was just the medium what really influenced young people was the real footage of Daesh’s successful operations. There is a segment of youth who sympathises with the group, but leaving everything behind and joining Daesh requires a strong will and firm belief, and we cannot blame all of this on social media,” the military intelligence veteran said.

In Athmat’s opinion, peer-to-peer contact played a larger role in exporting fighters with unwavering determination and pride in what they were doing.

“The Jordanian society is still considered vulnerable to radical ideology due to many factors, among which are proximity and socioeconomic circumstances,” Athmat said.

“Moreover, in the hotspots of recruitment and influence, we always find someone who is charismatic and enjoys influence and authority. These are the ones that usually handle the communication between the young residents of these places and extremists,” Athamat explained.

“The ones that actually joined Daesh and fought with the organisation received an invitation from within, from these influencers and sympathetic peers,” he added.

The expert underlined shortcomings in the approach to counter this recruitment process. “We handled it the wrong way,” he admitted.

“Security measures dominated our policy when dealing with those who sympathised or were influenced by extremist ideology, which resulted in hostile sentiments against the state among these individuals. We need awareness programmes, as well as shifting the focus towards individuals rather than general and broad strategies,” he concluded.

Despite several attempts by The Jordan Times to contact officials at the Ministry of Culture and Youth regarding anti-extremism strategies, they were not available for comment.