The Lebanese Speaker in The Iraqi Triangle 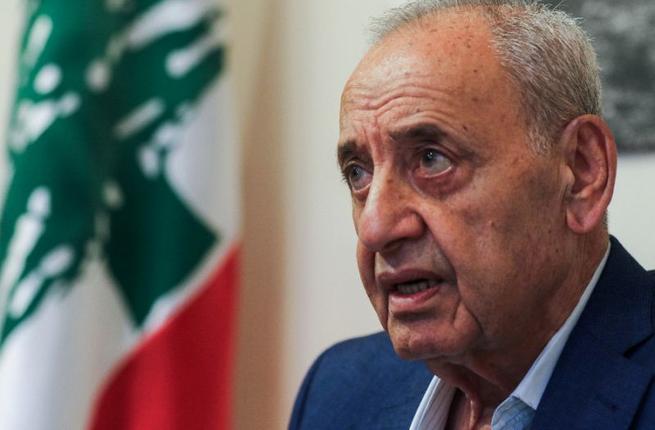 Parliament Speaker Nabih Berri arrived in Iraq Sunday afternoon for an official visit, which he said he hoped would strengthen ties between Baghdad and Beirut.

Berri was invited for the visit by his Iraqi counterpart Mohammed al-Halbousi.

The speaker is set to meet with Iraq’s top Shiite Islamic scholar Grand Ayatollah Ali al-Sistani and other officials.

“I am very happy to be back here again, and I wish [Iraq] prosperity after Daesh [ISIS] was defeated and victory over terrorism was achieved,” Berri told reporters upon his arrival, calling for unity among the Iraqi people.

“God willing, we can make this trip a successful one for both countries.” Last week, the U.S.-backed Syrian Democratic Forces declared the defeat of Daesh militants defending the last enclave of the “caliphate,” ending the group’s territorial control across Syria and Iraq.