BANGKOK (REUTERS) – The launch of facial recognition technology at two Indian airports and plans to place it in police stations have stoked fears... 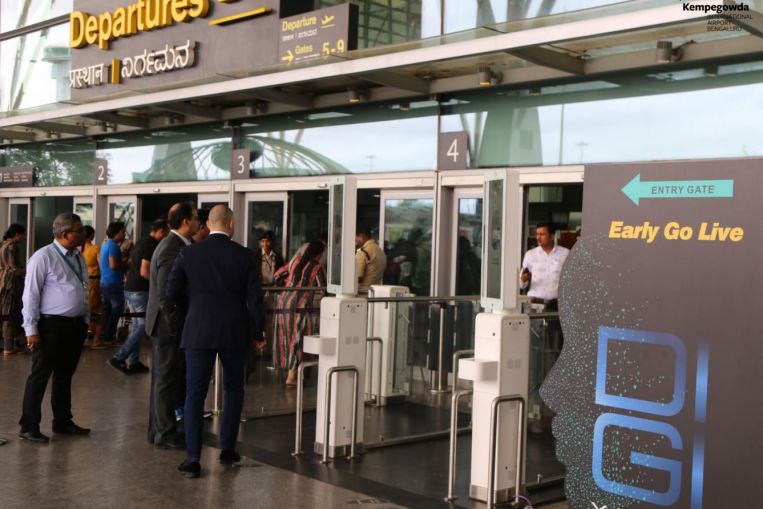 BANGKOK (REUTERS) – The launch of facial recognition technology at two Indian airports and plans to place it in police stations have stoked fears over privacy and increased surveillance among human rights groups in the country.

The “paperless biometric technology” launched in Bengaluru airport this week identifies passengers by their face, doing away with the need to present boarding passes, passports and other identity documents, according to a statement from the airport in India’s tech capital.

Another airport in the southern Indian city of Hyderabad is also testing facial recognition technology this month.

While airlines, airports and the companies developing the software promise greater security and increased efficiency, some technology analysts and privacy experts say the benefits are not clear, and come at the cost of privacy and greater surveillance.

This is particularly true of India, which does not have a data protection law or an electronic surveillance framework, said Vidushi Marda, a lawyer and advisor at human rights group Article 19.

“Entities that deploy facial recognition essentially have carte blanche to do whatever they want with your most intimate data,” she told the Thomson Reuters Foundation on Thursday.

“It is basically surveillance architecture. Facial recognition has no redeeming qualities from a privacy and autonomy lens – it is also famously inaccurate and completely unreliable.”

India’s Supreme Court, in a landmark ruling in 2017 on the national biometric identity card programme, said that individual privacy is a fundamental right, amid concerns over data breaches and the card’s mandated use for services.

Yet the ruling has done little to check the adoption of technologies such as facial recognition, which are”fundamentally contrary to our constitutional rights and principles of criminal justice”, said Marda.

Worldwide, the rise of cloud computing and artificial intelligence technologies have popularised the use of facial recognition for a range of applications from tracking criminals to counting truant students.

Singapore’s Changi Airport is considering using facial recognition systems to find late passengers and the country also plans to use the capabilities in a project to fit cameras and sensors on over 100,000 lampposts. Changi’s newest terminal, T4, already uses facial recognition technology to offer self-service options at check-in, bag drop, immigration and boarding.

But critics say the technology has accuracy problems, particularly in identifying darker-skinned women and those from ethnic minorities.

They also warn that users are not being told how the technology works, where their data goes, and whether they can opt out.

In May, San Francisco officials banned the use of facial recognition technology by city personnel in a sign of the growing backlash.

India’s home ministry recently called for a tender for facial recognition systems to modernise the police force and its information gathering and criminal identification processes.

The Bengaluru airport system, described as “your face is your boarding pass”, offers the “highest degree of safety and security while ensuring stringent standards of privacy,” a spokeswoman for the airport said.

The biometric data is used only for authentication and verification of passengers, and is deleted within a few hours of flight completion, she said.

The government’s digital travel policy states that passenger consent is needed for use of their biometric data for marketing purposes, and that users must have the option to opt out.

But passengers are likely to choose convenience if they see no tangible cost, said Marda.

“The problem is that there is a huge cost,” she said.

“By enrolling, you’re providing a private entity with a biometric map of your face in the absence of accountability and transparency mechanisms, and no data protection,” she said.