The FIFA chief ignored calls by the head of the Palestine Football Association to boycott a US-led economic workshop in Bahrain, instead vowing to... 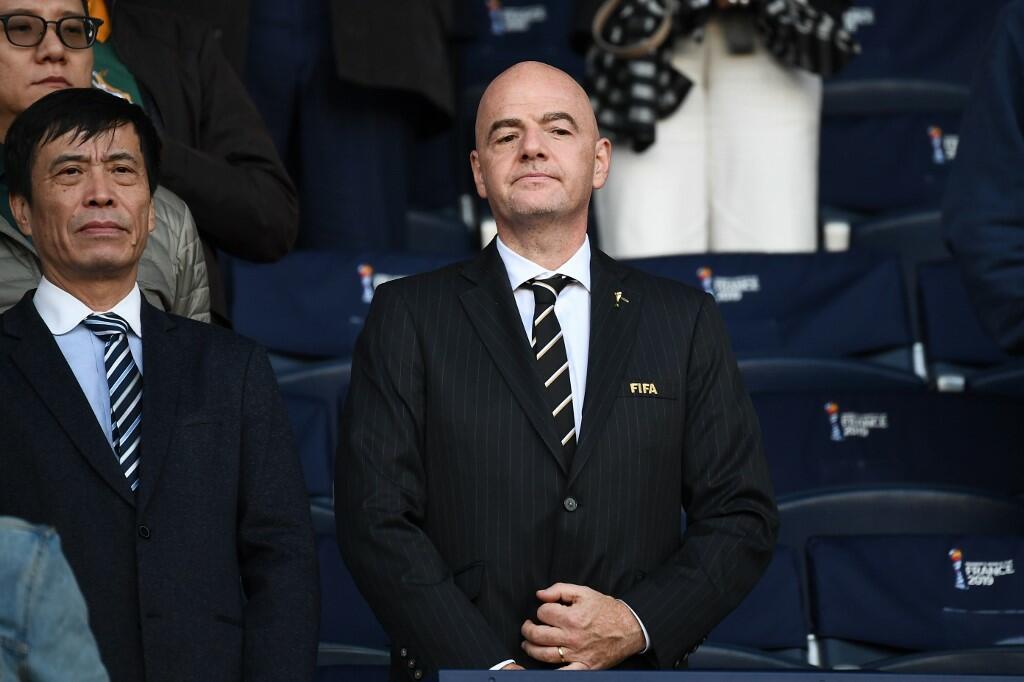 The FIFA chief ignored calls by the head of the Palestine Football Association to boycott a US-led economic workshop in Bahrain, instead vowing to create more pitches in Palestine.

The head of FIFA vowed to build more football pitches in the Palestinian territories on Wednesday, in comments made during a controversial US-led economic workshop in Bahrain designed to draw investment.

Gianni Infantino, president of world football’s governing body, took part in the “Peace to Prosperity” conference led by President Donald Trump’s son-in-law Jared Kushner despite a boycott by the Palestinian Authority which fears a bid to impose a political solution through money.

“Let’s give, to be very concrete as well, some hope, some dreams,” Infantino said.

Joining a panel led by Thomas Barrack, an Arab-American real estate investor and vocal backer of Trump, Infantino said the Palestinian territories had fewer than 25 proper football pitches for a population of five million people.

“Let’s do something tangible and concrete that people can see, and when kids play football, first they smile and, secondly, they don’t do other things.”

Jibril Rajoub, president of the Palestinian Football Association, wrote to Infantino on Tuesday urging him not to attend the Manama event.

“I beseech you to reconsider your decision, for the sake of millions of Palestinians who trust you and respect the organization of which you are deservedly President,” said the English-language letter, seen by AFP.

“How can the President of the highest governing body of football, and the most outspoken person on the importance of separating politics from sports, agree to participate in a political workshop whose objective is to determine the future of Palestine in the absence of Palestinians?” Rajoub wrote.

On Wednesday, Infantino said the next World Cup, in Qatar in 2022, could improve international perceptions of the Arab world.

It will “show the world what Arabs are like – welcoming, open, great food, incredible history, tradition”, said the Italian, whose wife is Lebanese.

“I think that football can play, certainly, a little role but an important one,” he said.

Kushner, a White House adviser, unveiled a plan at the workshop that calls for $50 billion in investment over 10 years and the creation of 1 million Palestinian jobs in what he billed as the “Opportunity of the Century”.

However, the plan does not address the core issues of the conflict between Israel and Palestine: the contested holy city of Jerusalem, sought by both peoples as a capital; the fate of more than 5 million Palestinian refugees and their descendants, and the borders of a future Palestinian state.

General Secretary of the Palestinian National Initiative Mustafa Barghouti said that he believes it is not a deal designed “for peace” and instead would “legitimatize the illegal annexation” of Jerusalem, the West Bank and of Golan heights.

“We cannot have economic development without being free,” he added.

The 10-year plan calls for projects worth $6.3 billion for Palestinians in Lebanon, as well as $27.5 billion in the West Bank and Gaza, $9.1 billion in Egypt and $7.4 billion in Jordan.

The Palestinian Authority and Hamas, which governs the besieged Gaza Strip, have rejected the conference, saying that the US and Israel are trying to dangle money to impose a political settlement which will deny Palestinians their right to self-determination.

Thousands of Palestinians have also rallied across the country to protest the White House-led Middle East peace conference in Bahrain.