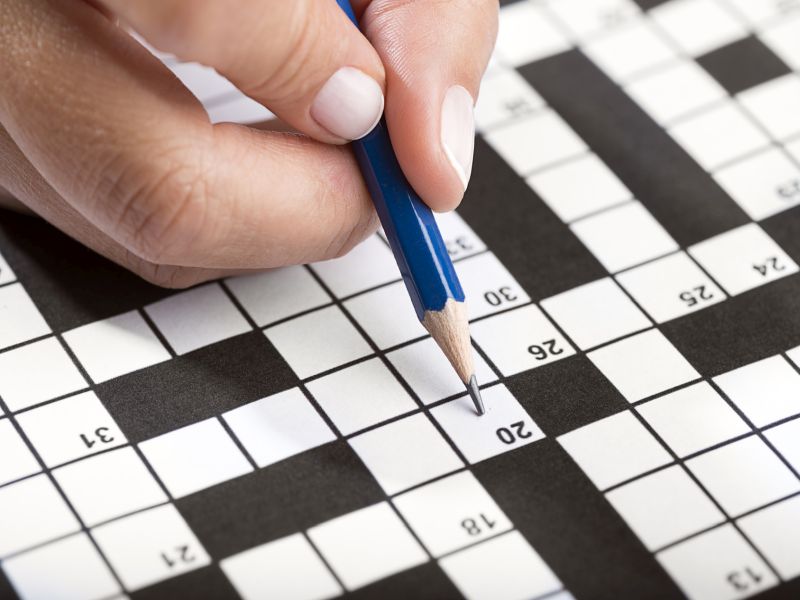 In a study of over 19,000 British adults aged 50 and over who were tracked for 25 years, the habit of doing word or number puzzles seemed to help keep minds nimble over time.

“We’ve found that the more regularly people engage with puzzles such as crosswords and Sudoku, the sharper their performance is across a range of tasks assessing memory, attention and reasoning,” said research leader Dr. Anne Corbett, of the University of Exeter Medical School.

“The improvements are particularly clear in the speed and accuracy of their performance,” she added in a university news release. “In some areas, the improvement was quite dramatic — on measures of problem-solving, people who regularly do these puzzles performed equivalent to an average of eight years younger compared to those who don’t.”

Does that translate to protection against Alzheimer’s and other forms of dementia? The study “can’t say” at this point, Corbett said, “but this research supports previous findings that indicate regular use of word and number puzzles helps keep our brains working better for longer.”

The study was conducted online. Participants were assessed each year, and they were asked how often they did word and number puzzles. They were also given a series of tests measuring attention, reasoning and memory, to help assess changes in their brain function.

The result: The more often participants did word and number puzzles, the better their performance on the brain tests, Corbett’s group found.

The findings are outlined in two papers published May 16 in the International Journal of Geriatric Psychiatry, and add to results presented at the Alzheimer’s Association International Conference in 2018.

The study is now expanding into other countries, including the United States.

Brain experts in the United States weren’t surprised by the findings.

The large, decades-long study “confirmed what your grandmother told you: ‘If you don’t use it, you lose it,'” said Dr. Gayatri Devi. He’s a neurologist specializing in memory disorders at Lenox Hill Hospital in New York City.

The fact that something as simple as puzzle-solving can take years off the brain is “a comforting finding,” Devi said.

He stressed that exercising the body can do the same. “Physical exercise is one proven way to keep our brains and our body healthy,” he said.

“As older patients live longer, the growing number of Alzheimer’s patients represents a major challenge for health care systems worldwide,” Wolf-Klein said. “Currently, the pharmaceutical industry has yet to propose any promising medical treatments. So, searches for lifestyle interventions that might preserve cognition [thinking] has become a priority.”

“This study further supports many [prior] studies highlighting the benefits of mind exercises,” she said. It also “reinforces the need for all of us to keep our minds as active and engaged as possible.”