The Growing Battle for Military Supremacy in the Middle East

Another wave of Israeli air raids struck Iran-linked military targets deep inside Syria over the past week – as well as in Iraq and... 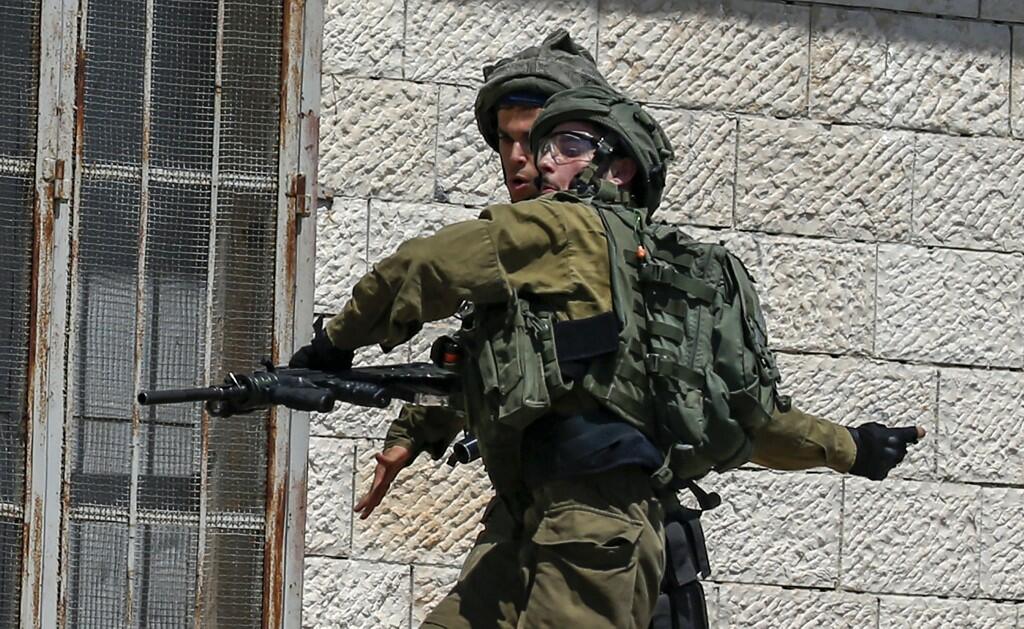 Another wave of Israeli air raids struck Iran-linked military targets deep inside Syria over the past week – as well as in Iraq and Lebanon – underlying the growing battle for military supremacy in the region between the two sides.

Israel has launched hundreds of air and missile strikes on Hezbollah and Iranian military assets in Syria since Tehran shuttled in thousands of militants and weaponry to prevent the collapse of Bashar al-Assad’s regime, expanding its military presence in the country.

The situation in Syria now appears as Iran being in control of the ground – with its network of foreign militias – while Israel dominates the skies.

A wave of air raids in June targeted regime air defences, seriously depleting Damascus’ capabilities to prevent Israeli incursions into Syrian airspace, according to a report from Mint Press News this week, thus giving Israel effective control of the air.

An anonymous regime source told the website that the June strikes has resulted in Syrian air defence personnel now having only two minutes notice when Israeli jets fly into Syria, a much shorter timeframe than the previous 10 to 15 minutes warning.

The Syrian military source said the destruction to the surface-to-air missile systems – and Russia’s apparent refusal to the regime’s air defences – means that Israel can launch strikes across the country with almost impunity.

Over the past week, Israeli jets have hit Iranian military targets in Deir az-Zour, near the Albukamal border crossing with Iraq, where Tehran is reportedly establishing a supply route for fighters and weapons from Iran to Lebanon via Syria and Iraq.

The media clampdown in eastern Syria means it is difficult to know the extent of the damage from the air raids, Omar Abu Layla, Director of Deirezzor 24 monitoring site said, adding that it is a clear signal to Iran that Israel can strike its military targets deep inside Syria.

A local Iranian Revolutionary Guards headquarters appeared to be the target of the bombing, which has been one of the control points for a network of Tehran-led militias who dominate Deir az-Zour.

“There is great secrecy from the Iranians regarding the points that have been targeted in the region. They are headquarters that were not hidden, but the strikes were aimed directly at the Iranans not Assad’s forces. It was a clear message from the Israelis to target the Iranians in the most geographically [distant] regions of Syria, including their presence in Deir az-Zour.”

Iran effectively runs this far-eastern Syrian province, since it was re-captured by Tehran-led militias from the Islamic State group in 2017 and 2019.

Iranian militias are spread across the towns and desert regions on the west bank of the River Euphrates and also have control of the Al-Mayadeen and Albukamal cities, Abu Layla said.

“The brigades are generally formed from Iraqi Shia elements in addition to Iranian forces from the Revolutionary Guard, especially the leaders, and also a good number of Syrian fighters who were recruited to the ranks of the militias,” he said.

“Iran has been focused for nearly two-and-half-years on the military side in Deir az-Zour, but in recent months they have moved towards spreading the Shia ideology… to recruit Syrian fighters, giving them assurances they will not be pursued by the Assad regime, in addition to giving them financial and military support, and even relief aid.”

As in many areas retaken by the regime, Damascus’ writ in Deir az-Zour is reserved solely to managing civilian affairs, Abu Layla said.

“As for the Assad regime, its role is limited to official departments, where it administers the Al-Mayadeen city and its [local] government departments such as the police station… and the education and health sectors.”

Iran is meanwhile concentrating on the establishment of a land route through Syria via Iraq, which since 2018 has been used to transport Iranian militia fighters and viewed as being part of Tehran’s wider expansionist strategy.

“The best proof [of this] is a recent visit by Qassem Soleimani [head of the Quds’ Force] to Syria, and Deir az-Zour in particular, which was through a secret military land route between Iraq and Syria, established by Iran. The route even extends to reach the T2 oil terminal in the badiyahs of Al-Mayadeen and Albukamal,” Abu Layla added.

This potential for this land route linking Iranian assets in Lebanon, Syria and Iraq has greatly alarmed Israel, but most attacks have been concentrated on western Syria, including suspected convoys of guided missiles to Hezbollah forces.

On August 24, Israel made a rare public announcement that it had launched strikes near Damascus and the Golan Heights, targeting areas where Iran was reportedly planning to launch “killer drones” to strike Israel.

“In a major operational effort, we have thwarted an attack against Israel by the Iranian Quds Force [foreign wing of the Revolutionary Guards] and Shi’ite militias. I reiterate: Iran has no immunity anywhere. Our forces operate in every sector against the Iranian aggression,” the message on the PM of Israel Twitter page read, with a biblical warning adjoined to the tweet.

“Israel is definitely ratcheting up the pressure on Iran and its non-state partners.”

Tsurkov said that Israel realises it “missed the ball” with the almost unfettered rise of Iranian-backed militias in the region over the past eight years.

Iranian influence has grown in Syria since 2012, due to the proliferation of Tehran-backed foreign militia forces, such as Hezbollah, the Afghan Fatamiyoun, the Iraqi Liwaa Baqr al-Abbas and others, fighting on the side of the Assad regime.

The establishment of the Popular Mobilisation Forces (PMF) or Hashd al-Shaabi in response to the incursion of the Islamic State group into Iraq in 2014, has also given Tehran control over another coalition of powerful paramilitary force.

“Israel is now trying to push back against this expansionist Iranian policy. Naturally, Iran believes it has the right to influence in the region and therefore sees Israeli actions not as retaliation but as aggressive provocations.”

These strikes coincide with upcoming elections in Israel, where Prime Minister Binyamin Netanyahu is expected to be able to form the next government, whether a national unity one or again at the helm of a coalition of right-wing parties and the ultra-orthodox, Tsurkov said.

“Although we don’t know what is going through Netanyahu’s mind, in the next election he is likely to win. He doesn’t need tensions with Iran to win.”
The presence of Iranian bases in Syria does pose an existential threat to Israel, as does the huge arsenal of Hezbollah in Lebanon.

More concerning for Israel is that Iran and Hezbollah are looking at ways to turn these “stupid rockets into precision-guided missiles”, which could lead to a hugely costly war for both Israel and Lebanon.

“The next Israel-Hezbollah war will be a catastrophe and Israeli officials are constantly warning about this when they say the home front needs to expect they will absorb a lot and the precision of Hezbollah’s weaponry is extremely worrying,” Tsurkov said.

“We now essentially have a situation of mutual deterrence. Both sides have so much firepower that they can really wreak havoc. Hezbollah can cause immense damage to Israel and Israel can destroy Lebanon, if it is allowed to do so by the international community.”

This policy of stand-off between the two sides was shattered this weekend when Israel targeted Hezbollah in Lebanon and PMF forces in Iraq, a major departure from its usual policy of only striking Iranian-linked interests in Syria.

Hezbollah now feels that Israel violated the unofficial rules of the game.

A subsequent threat by Hezbollah leader Hassan Nasrallah against Israel will likely be acted upon and could lead to tense times for both countries.

“The likelihood of war erupting has definitely increased after the latest events. It is not just about the strike in Lebanon and those against Hezbollah in Syria, the Iranians and their non-state partners are feeling that their entire network is coming under attacks and I am sure they think they need to respond forcefully to signal to Israel this is not acceptable.”