The Dirty Deals of a Crown Prince 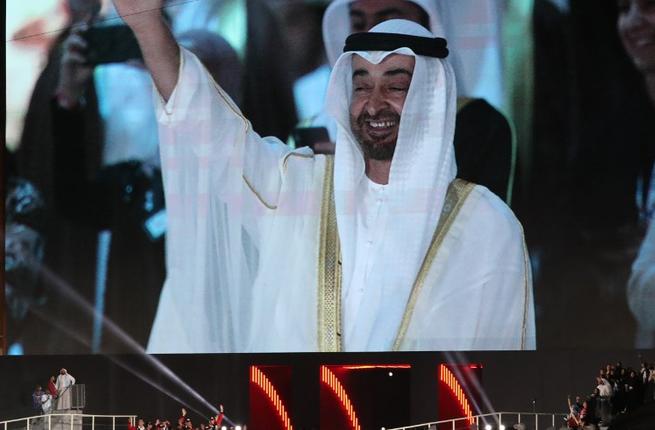 Mohammed bin Zayed, the crown prince of Abu Dhabi, proposed to US Secretary of State Mike Pompeo to set up a covert program to assassinate Taliban leaders, a report says.

He made the offer on January 12 during a meeting with Pompeo in the UAE capital amid disagreements between the two over peace talks between the Taliban and the US, London-based Middle East Eye reported Thursday.

Bin Zayed warned Pompeo that US pullout of troops from Afghanistan risked a regression to 2001, prior to the US invasion, the online portal cited an unknown source with detailed knowledge of the meeting as saying.

Washington hopes a negotiated deal with the Taliban could allow it to start withdrawing some of its 14,000 troops still in the war-wracked country before the end of the year.

Bin Zayed said the pullout risked allowing Afghanistan to fall back into the hands of the “backward, bearded bad guys” and proposed hiring mercenaries to kill Taliban leaders to weaken the group’s negotiating position.

The prince suggested that organizing and funding a “Blackwater-style” operation to “wage an assassination campaign against the first-line leadership of the Taliban” can give the US the upper hand in the talks, the source said.

Blackwater, founded in 1997, received hundreds of millions of dollars in US government contracts during the wars in Iraq and Afghanistan.

The company found notoriety for its wanton killing of civilians in broad daylight, including 14 unarmed people in a famous Baghdad square in 2007.

According to the report, the Taliban reacted to bin Zayed’s assassination proposal with a Taliban spokesperson in Doha saying, “Any threat and blackmailing whatsoever and from anywhere will eliminate the present chance for peace and will create irreparable mistrust”.

The UAE government has publicly supported the US-led peace talks with the Taliban as it hosted a two-day “reconciliation conference” in December with also Saudi and Pakistani officials in attendance.

Subsequent rounds of negotiations were moved to Qatar’s capital, Doha, at the insistence of the Taliban, which has maintained a political office there since 2013.

The source said the move by the Taliban irked the UAE crown prince.

The source said that US President Donald Trump’s December announcement to withdraw all 2,000 troops from Syria also infuriated the UAE crown prince.

“You are leaving Syria to be under Iranian and Turkish influence and that will bring everyone back. They will act against your acts and our interests,” he told the US secretary of state.

The crown prince had said if the US changed its mind, the United Arab Emirates would be prepared to fund the cost of keeping US troops in Syria from its own budget.

However, US Joint Chiefs Chairman, General Joseph F. Dunford, recently rejected the journal’s report as “factually incorrect”, stressing that there has been no change to the planned 400 troops the White House announced last month.

On February 23, a senior official in the administration of President Trump said the US will keep approximately 400 troops in Syria after the planned pullout, contradicting an earlier statement putting the number at 200.