The Conservative Party has been targeting older Facebook users with political adverts about Brexit, according to research by BBC News. In contrast, younger Facebook... 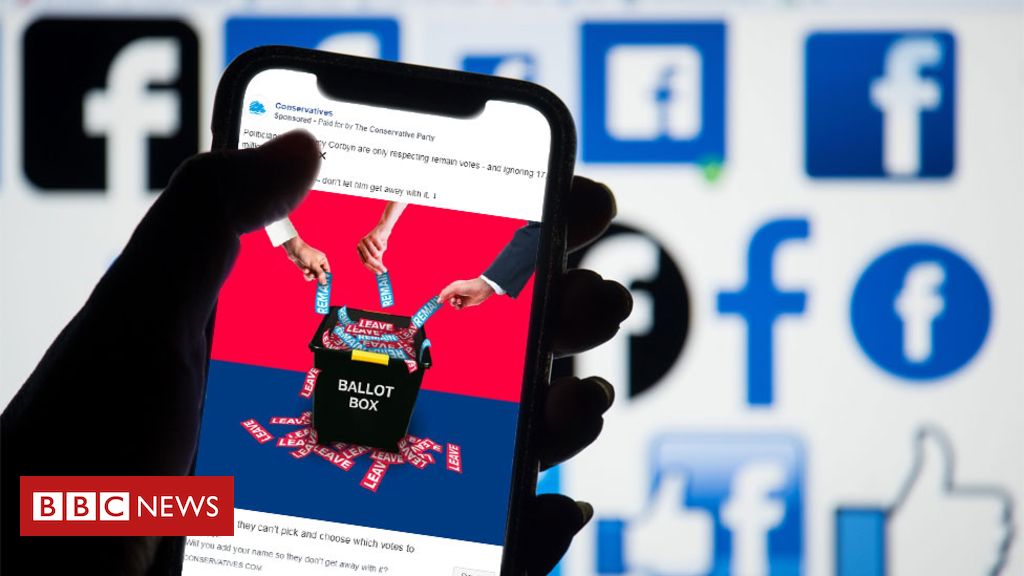 The Conservative Party has been targeting older Facebook users with political adverts about Brexit, according to research by BBC News.

In contrast, younger Facebook users are being shown ads by the party on issues such as policing and mental health.

The Lib Dems and Labour both ran Brexit adverts, while Labour’s also featured fox hunting and the environment.

In mid-September, the Conservative Party was running 691 adverts classed as active by Facebook, more than any other political party in the UK.

Many of the ads are identical, or minor variations on a theme, run multiple times.

The adverts have been viewed between half a million and 2.6 million times in total.

A Conservative Party official said many ads were no longer active, even though they appeared to be so.

At least 93% of people shown ads criticising pro-Remain MPs are aged 45 and over.

Phrases used in the ads include:

The analysis looked at any political advert paid for by the Conservative Party that was live on Facebook at the beginning of the third week of September.

Some adverts had been running for many weeks, though most were published after Boris Johnson was elected party leader.

Sarah Wollaston, now the Liberal Democrat MP for Totnes after leaving the Conservative Party, is singled out in some of these ads.

She is accused of “betraying Brexit” and “defecting” from the Conservative Party.

An organisation running adverts on Facebook can choose the target audience for each ad by gender, age, location, and interests. For example, it would be possible to target men living in Swindon, aged 45-55, who are interested in football.

In 2018, Facebook launched an ad library to increase transparency around political advertising on the platform.

The library can be searched to find all political ads being run by a specific Facebook page. For each ad, it’s possible to check who paid for it and who has been shown the ad broken down by gender, age bracket and nation.

This information doesn’t directly show which groups are being targeted by the advertiser but it’s possible to infer the target gender or age group by analysing whether more men, women, older or younger people have been shown the ad.

The library also gives approximate figures for how many people have been shown the ad and how much the ad cost.

In addition to the adverts funded by the central Conservative Party, some local Conservative associations have paid for and published ads accusing opposition leaders of “plotting” against Brexit.

These are being shown to older Facebook users at least 88% of the time, and mostly to men.

Conservative adverts aimed at people under 45 appear to focus less on Brexit and more on policing and mental health.

This difference in content reflects the division between older and younger voters on the issue of Brexit.

In 2018, Prof John Curtice analysed how people would vote in a second referendum.

“The UK is divided into the under-45s , who, on balance, favour staying in the EU, and the over-45s, who want to leave,” he wrote.

Content for under-45s also appears to be targeted by gender – men in this age bracket see more ads about policing than any other issue.

These show Prime Minister Boris Johnson addressing the camera with an informal “Hi folks” and include messages about reducing crime and hiring more police officers.

Women under 45 make up over 90% of the audience for videos promising better mental health support for new mothers.

Their style and tone is very different to the party’s Brexit-focused ads.

A Conservative Party official said: “Political parties run ads to a range of different audiences, including policy-specific ones. Advert targeting will also be affected by who has engaged most with a specific advert.”

Though running far fewer adverts than the Conservatives, the Liberal Democrats are also targeting Brexit messages towards specific age groups.

In direct contrast to the Conservative Party’s, the Liberal Democrats’ ads are about stopping Brexit and are mostly being seen by people under the age of 45.

The Liberal Democrats are running 66 ads about Brexit, which have been seen between 2.2 million and 5.3 million times in total. The party’s other 20 active adverts on Facebook are aimed at increasing party membership.

The Labour Party is running fewer ads than the Conservatives, with 276 active adverts.

Brexit is one of the issues covered by Labour but as part of a wider mix including fox hunting and the environment.

The audience for these adverts leans towards older people, with over 68% of the party’s messaging on the environment and the economy aimed at over-45s.

However, the age-specific targeting by the Labour Party does not appear to be as polarised as it is for the Conservatives. And there are no issues that appear to be primarily aimed at younger audiences.

Some of Labour’s ads do appear to be targeted by gender.

The other political parties have been running very few adverts – and many have no advertising currently live on Facebook.

With only a few sporadic adverts available to analyse, it is hard to draw any conclusions about whether they yet have a strategy to target specific audiences on Facebook.

How we collect and analyse the data

Ads are only included in the library if they have been flagged by the advertiser as being about social issues, politics or elections.

All political parties in the UK would be expected to flag their paid content.