LONDON — The cabin of a British Airways flight filled with what appeared to be white smoke as it prepared for landing in Spain... 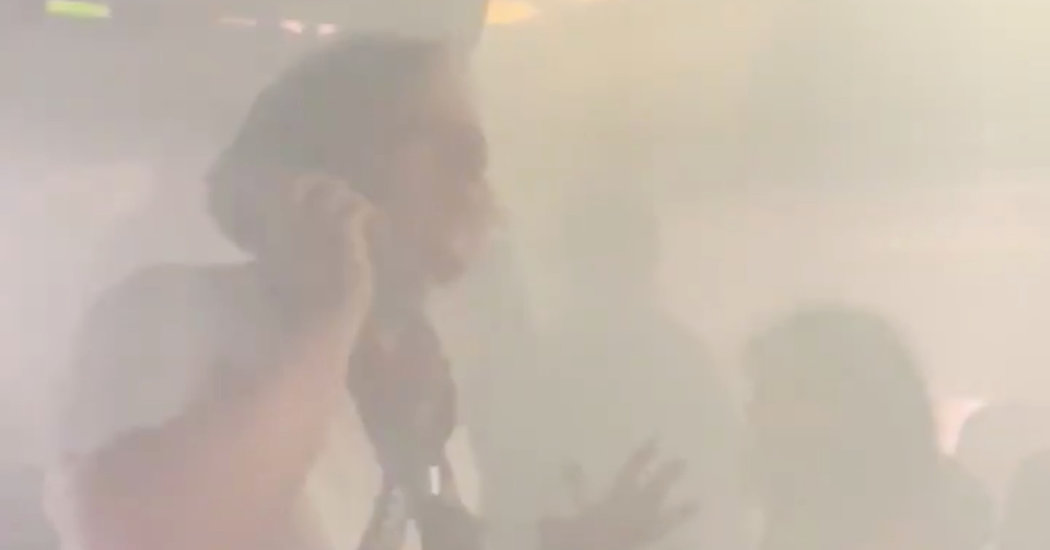 LONDON — The cabin of a British Airways flight filled with what appeared to be white smoke as it prepared for landing in Spain on Monday afternoon, prompting the airline to evacuate more than 170 passengers, with three taken to the hospital.

In an emailed statement on Tuesday, the airline acknowledged that its flight BA422 from Heathrow Airport near London had experienced a technical issue on its landing approach into Valencia, Spain’s third-largest city.

The statement added that three passengers had been taken to a hospital as a precaution and had since been discharged, and that the airline was investigating the details of what had happened.

That came as little comfort to many of those onboard the flight, some of whom posted on social media about their experience.

Most passengers were barely discernible through the white smoke or vapor in a video shared on Twitter by Gayle Fitzpatrick, one of the passengers on the flight.

Neither the crew — some of whom, according to passengers, put on oxygen masks and protective fire gear — nor the airline said anything to the passengers about what happened, Ms. Fitzpatrick, a corporate governance manager at Audit Scotland, said in a message on Tuesday.

“We are still waiting to hear what happened,” she said. “It was very scary.”

In this case, the flight was nearing its finish when the plane started descending rapidly, and “a horrible white acrid smoke” began to fill the cabin, Ms. Fitzpatrick said.

“A detector was going off,” she added.

There was a smell of metal and chemicals, Lucy Brown, another passenger, said in a message on Tuesday. “We covered our mouths with our clothes,” she said. “We don’t know why oxygen masks didn’t deploy.”

Others were crying and hyperventilating, Ms. Fitzpatrick said, but eventually everyone was evacuated — 175 passengers were onboard, along with six cabin crew members and two pilots, British Airways said — by going down chutes after the crew opened the emergency doors.

Ms. Fitzpatrick said on Tuesday that she was still in shock, adding that both she and her husband still had sore chests.

Ms. Brown, who said that she had to wait seven hours after landing to get her luggage, wrote on Twitter on Monday that the experience was terrifying.

“Felt like a horror film,” she said. “Hopefully we’ll find out what went wrong on the plane soon so it never happens again.”