The Businesses of The Iranian Revolutionary Guards 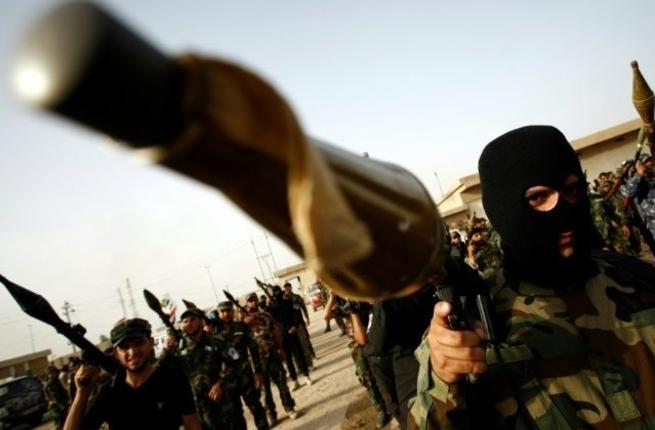 Iran’s Revolutionary Guards are looking to take advantage of US sanctions on Tehran and expand its business interests into the country’s gas industry, after US sanctions sparked an exodus of western companies.

The militia force’s construction wing, Khatam-ul-Anbia, has been looking to tap into Iran’s lucrative energy market for some years, and expand the Revolutionary Guards business empre.

Moderates in government have looked to block the expansion of the hardline conservative force into this field, fearing their further enrichment would bring them new powers, the Financial Times reported on Thursday.

Saeed Mohammad, head of Khatam-ul-Anbia, said that he was ready to fill a vacuum in the gas industry, after French energy company Total ended its business relations in Iran last year due to new US sanctions.

“The Islamic Revolutionary Guard Corps stands by the dedicated government against this fierce economic war and is in the frontline of [blocking] economic conspiracies of the [US],” according to the business daily.

The announcement of the Revolutionary Guards’ entry into the gas industry confirms long-held suspicions that Donald Trump’s decision to end a nuclear deal with Iran and slap economic punishments on the Islamic Republic would strengthen hardliners.

Oil Minister Bijan Namdar Zanganeh had for years tried to block avenues for the Khatam-ul-Anbia into the energy market.

Publically, he said the group had previously failed to meet its commitments, but he was also likely trying to curb the aggressive economic expansion of the Revolutionary Guards.

Now, with an oil exports sharply dropping from a peake of 2.8 million barrels a day to around 1.3 million now and economic disaster looming, Zanganeh has been left with little choice but to allow in the guards’ construction company.

“I consider our young, hardworking and devoted colleagues in Khatam-ul-Anbia as our friends,” he said last week during a visit to south Pars gas field – which was viewed as a potential stronghold for Western energy companies.

“We have resolved the differences between us and Khatam-ul-Anbia and the guards.”

Iran-Qatar operated South Pars is the world’s largest gas field, and a key part of Tehran’s economic future, but the US sanctions have hindered its ability to tap into these resources.

The Revolutionary Guards had some business interests in the South Pars gas field, but moderate President Hassan Rouhani sought to hamper operations by arresting business associates in an anti-corruption drive.

After Trump announced new sanctions on Iran last May, hardliners in government, the judiciary and the guards have sought to turn the tables by arresting moderates, including negotiators involved in the initial nuclear deal with the US.