Discussions over rewriting a draft agreement that will outline the withdrawal of NATO troops from Afghanistan and a verifiable Taliban guarantee to fight terrorism... 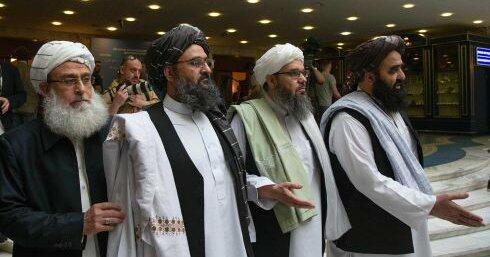 Discussions over rewriting a draft agreement that will outline the withdrawal of NATO troops from Afghanistan and a verifiable Taliban guarantee to fight terrorism in return are the key highlights in the seventh round of talks.

The seventh round of continuing peace talks between the Taliban and US officials in Qatar has made “spectacular progress”, according to a Taliban spokesman.

Officials familiar with the talks told Associated Press that negotiations went late into the night on Wednesday and were to resume again on Thursday, the sixth day of direct talks between the insurgents and US envoy Zalmay Khalilzad.

Suhail Shaheen, the Taliban’s political spokesman in Doha, told the media on Thursday: “he talks are continuing and they will continue tomorrow as well.”

Suhail Shaheen was quoted by Al Jazeera as saying that “80-90 percent work on the peace agreement is finished”.

The seventh round of peace talks in Qatar’s capital Doha, officially kicking off on the July 29, aims for both sides to come to an agreement on the withdrawal of foreign troops from Afghanistan and the Taliban’s commitment to fight terrorism ahead of an all-Afghan peace conference Sunday.

So far, both sides had been divided on the withdrawal timeline, with the United States seeking more time. The Taliban is adamant about the withdrawal of US troops, putting it as a precondition for any agreement.

The US has refused to withdraw its forces, asking the militant group to guarantee security, implement a ceasefire and commit to an “intra-Afghan” dialogue with the Afghan government, only then can it expect Washington to consider the total troop pull out.

Taliban however refuses to sit at the same table with the Afghan government, labelling it a “foreign puppet”.

US President Donald Trump recently said that nearly half of all American troops have already been pulled out of Afghanistan.

“I’ve wanted to pull them out. And you know, I have pulled a lot out. We were at 16,000. We’re down to about 9,000, which a lot of people don’t know,” Trump said, according to the transcript of a recent TV interview shared with the Associated Press. “So we’ve reduced the force very substantially in Afghanistan, which I don’t talk about very much, and that’s okay.”

Trump’s comments contradicted US Secretary of State Mike Pompeo’s stated position on troop withdrawal. During his visit to Kabul on June 25, Pompeo said Washington was yet to make a decision regarding when to withdraw its troops from Afghanistan.

The Afghan officials and Taliban have met on separate occasions in Moscow three times since 2017, but Afghan President Ghani downplayed the event saying those who represented his government in the meetings had no authority to negotiate.

The US-Taliban talks began in February. For Washington, the contact was important for creating suitable conditions for an American exit from the country, hoping to have a peace deal in place before Afghan presidential elections begin in September.

But the Taliban has outrightly rejected intra-Afghan dialogue until the seventh round of talks. It remains to be seen whether both sides will reach a consensus.