Teen Gives Birth Even With No Signs of Pregnancy

An 18-year-old teen discovered she was pregnant only when she went into labour. Beth Martin said her pregnancy tests were negative and her body... 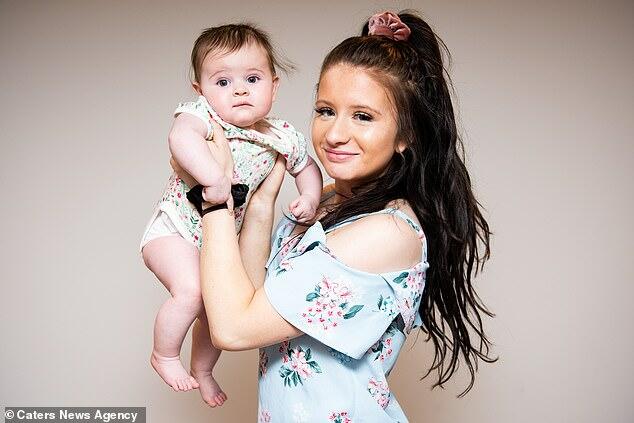 An 18-year-old teen discovered she was pregnant only when she went into labour. Beth Martin said her pregnancy tests were negative and her body showed no signs of pregnancy.

Martin endured a 76-hour labour oblivious of her pregnancy and assumed the pain was due to irritable bowel syndrome. She was in the midst of training to become part of the UK’s Border Force when she started experiencing labour pain and contractions in October 2018.

Martin delivered a baby girl, Maizie Loraine Martin, who is now seven months old. “I’d taken pregnancy tests two months before Maizie was born. I was doing a course into uniformed public services and had to undergo about 70 hours a week of intense physical activity,” Daily Mail quoted Martin as saying.

The pregnancy came as a shocker for Martin as she stayed the same size for the entire duration of her pregnancy. Martin had a ‘cryptic pregnancy’ where her baby had grown behind her ribs and went undetected during tests. “By the time I got to the hospital, I was in so much pain. A nurse told me straight away I looked pregnant and then I discovered I’ve been in labour for 69 hours,” she said.

The new mother who had only gained a small amount of weight said, “I had seven hours to prepare for the fact I was about to become a mum. My two older brothers – Leo, 22 and Liam 24, both thought I was playing a prank.”

Revealing she never wanted to have children, Martin said, “Now I can’t imagine my life without her. I went back to college in September to complete my course and back to work after just three months off on maternity leave. I wanted to show people what else I can achieve and I’m prepared for anything.”