Talks Under Way Between Sudan Transitional Government and Rebels

The meeting has come after some rebel groups signed a draft agreement in Juba last month, detailing a plan for the talks, trust-building measures... 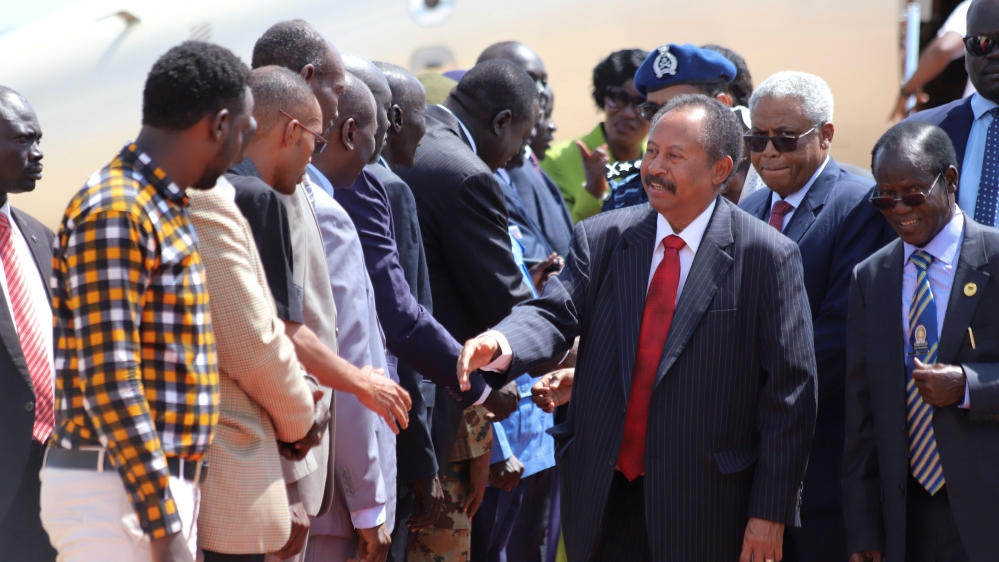 The meeting has come after some rebel groups signed a draft agreement in Juba last month, detailing a plan for the talks, trust-building measures [File: Samir Bol/Reuters]

Peace talks between a delegation from Sudan‘s newly created sovereign council and a number of rebel leaders are under way in South Sudan’s capital, Juba.

The discussions, which started Monday, are aimed at ending the country’s years-long conflicts and come a month after the two sides agreed on a plan and a series of trust-building measures, including the extension of a ceasefire already in place.

The sovereign council’s delegation is headed by General Mohamed Hamdan Dagalo, also known as Hemeti, while the rebels’ representative team is led by Abdulaziz al-Hilu, leader of the Sudan People’s Liberation Movement-North, which is active in the Blue Nile and South Kordofan states.

The new peace initiative comes after the removal of longtime President Omar al-Bashir, who was toppled from power by the Sudanese military in April in the wake of months-long mass protests against his 30-year rule.

Prime Minister Abdalla Hamdok has been tasked with leading Sudan back to civilian rule, but he has said he also wants to end the conflicts with the rebels.

According to a summer power-sharing agreement between the generals that deposed al-Bashir and pro-democracy movement, the transitional authorities have six months to make peace with rebels.