Afghan government demands a halt to violence prior to diplomatic engagement In a dramatic break with the past, the Taliban called for direct... 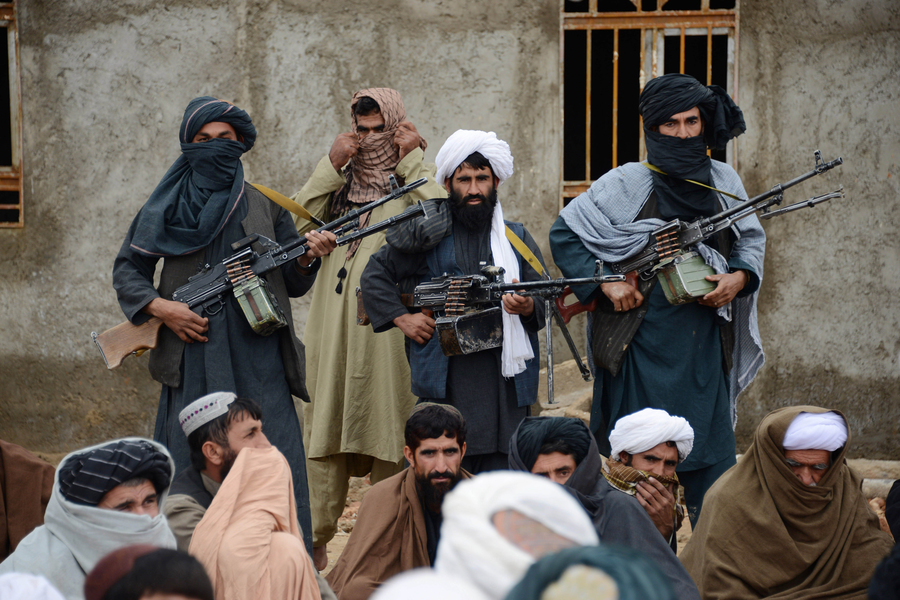 Afghan government demands a halt to violence prior to diplomatic engagement

[Islamabad] In a dramatic break with the past, the Taliban called for direct peace negotiations with the government of Afghan President Ashraf Ghani.

The Sunni extremist movement had always refused to hold direct peace talks with the central government in Kabul, calling it a “US-backed puppet, ruling illegally in Afghanistan.”

The Taliban issued its statement after President Donald Trump on Saturday canceled a scheduled meeting with the group at Camp David, and on Monday said US talks with the insurgents were “dead.”

The US leader called off the negotiations after the Taliban claimed responsibility for an attack in Kabul that killed an American soldier and several other people.

In a series of tweets, President Trump wrote, “Unbeknownst to almost everyone, the major Taliban leaders and, separately, the President of Afghanistan, were going to secretly meet with me at Camp David on Sunday.

“Unfortunately,” he continued, “in order to build false leverage, they [the Taliban] admitted to an attack in Kabul that killed one of our great great soldiers.”

President Trump subsequently claimed a US military assault on the Taliban was at its fiercest level in a decade.

“Over the last four days, we have been hitting our Enemy harder than at any time in the last ten years!” he wrote in a tweet Monday.

Taliban spokesman Zabiullah Mujahid said that before President Trump canceled the Camp David meeting intra-Afghan negotiations had been scheduled for September 23. This came after the announcement of a preliminary peace deal struck with US special envoy Zalmay Khalilzad.

According to a Taliban statement, “We held productive negotiations with the US team and finalized an agreement.” Both sides were preparing for a signing ceremony, Mujahid added.

Meanwhile, Afghan President Ghani, in a modification to his long-standing demand for intra-Afghan dialogue, said this week that negotiations with the Taliban were not possible without a truce in place first.

“We are ready for peace talks, but after a complete and unconditioned ceasefire,” Ghani said.

“We have always emphasized that real peace is possible only when the Taliban stop killing Afghans, accept a cease-fire and get ready for direct talks with the Afghan government,” a follow-up statement read.

A senior Afghan Taliban spokesman claimed that while most countries, including regional powers, supported the preliminary peace deal, President Trump’s suspension of talks would harm Washington.

Suhail Shaheen, the Taliban political spokesman in Doha, Qatar, told The Media Line that his movement had finalized the preliminary peace deal with the Khalilzad-led US negotiating team.

“Everybody was satisfied and it was also decided that the state of Qatar would officially announce the peace deal, but meanwhile Donald Trump’s announcement came as a disappointment to us. The tweets were unbelievable and have damaged Trump’s credibility,” Shaheen said.

Hours later, former Afghan president Hamid Karzai tweeted: “Peace, of course, is the highest priority for the Afghan people as for all other societies. The suspension of the US initiative, which we hope to resume soon, must not impact the Afghan efforts. I urge the Afghan sides to unite against this foreign-imposed conflict.”

Jamil Khan Wardak, a Pakistan-based counter-terrorism expert and former intelligence official, told The Media Line that the Taliban’s attacks on security installations during the peace talks were designed to demonstrate its ability to harm Afghan forces.

He contended that events were being portrayed in a one-sided way, as the international media were not showing the civilians casualties caused by the “ruthless aerial bombing” carried out by the US-assisted Afghan military.

US Secretary of State Mike Pompeo made clear that talks could resume but emphasized that Washington needed a “‘significant commitment’ from the Taliban.

“I hope it’s the case the Taliban will change their behavior,” he said.

Despite its apparent diplomatic overture, the Taliban on Tuesday pledged to continue fighting US soldiers, saying the White House would regret abandoning negotiations.

“We had two ways to end the occupation in Afghanistan; one was jihad and fighting, the other was talks and negotiations,” Taliban spokesman Mujahid told AFP. “If Trump wants to stop talks, we will take the first way and they will soon regret it.”