Taliban militants in an undisclosed location in Afghanistan. (AFP/File Photo) The Taliban said on Tuesday it will attend talks with Afghan officials in Doha... 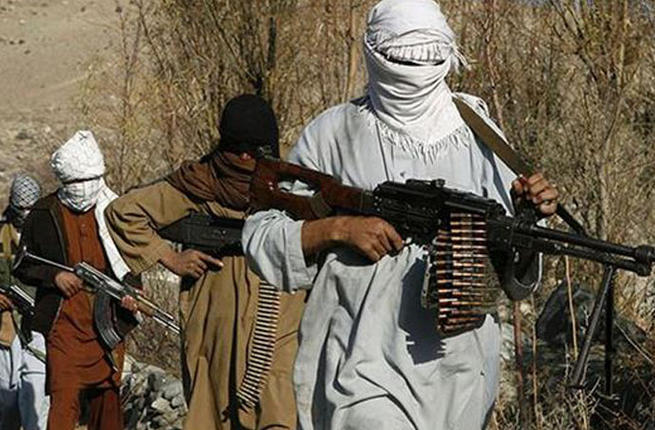 Taliban militants in an undisclosed location in Afghanistan. (AFP/File Photo)

The Taliban said on Tuesday it will attend talks with Afghan officials in Doha next week, which would mark a major breakthrough to efforts to find a peaceful solution to the country’s 17-year war.

The Taliban are due to hold further talks with the US next week in Qatar’s capital, with Washington making a push to end the war in Afghanistan and pull its troops out of the country.

Previously, the Taliban had refused to deal with Kabul officials, saying it was a puppet government and that real power in Afghanistan lies with the US.

In a breakthrough on Tuesday, the Taliban said it would meet the government delegation in Doha in an unofficial capacity.

“If government-affiliated members do participate [in talks], they will be doing so in their own capacities and not as state representatives,” a statement from the Taliban read, according to Dawn.

It said that the delegation would exchange their personal “views and policies”, which follows a statement from Kabul that it would send officials to Doha for the talks.

The Taliban added that Afghan officials had taken part of talks before but not as representatives of the government.

US special envoy Zalmay Khalilzad, who is leading talks with the government, said on Sunday that there had been a breakthrough in talks between the two sides.

“[I have] discussed with (Afghan) President Ashraf Ghani and others how to ensure the intra-Afghan dialogue in Doha next week, in which representatives of the Afghan government and wide society will participate, can best advance our shared goal of accelerating a settlement process,” a statement from Khalilzad said on Sunday.

Despite the overtures from the Taliban, its militant wing has continued to strike government and US targets in Afghanistan.

Three US troops and a military contractor were killed following a Taliban roadside bomb attack near Bagram Air Base in southern Afghanistan on Monday.
Three US troops were also wounded in the blast, according to the NATO-led Resolute Support mission.

The Taliban claimed responsibility for the attack, saying a suicide bomber detonated his vehicle filled with explosives.

Afghanistan has been in a state of war for decades. A US-led invasion of Afghanistan in 2001 saw the overthrow of the Taliban authority, which went underground launching an insurgency against foreign and government forces.

The US is seeking a peaceful solution to the war with the Taliban before Afghan elections which are due to be held in September.

The framework appears to be based on the Taliban ending its armed struggle and cutting ties with foreign jihadi elements, while the US and NATO troops would eventually withdraw from the country.