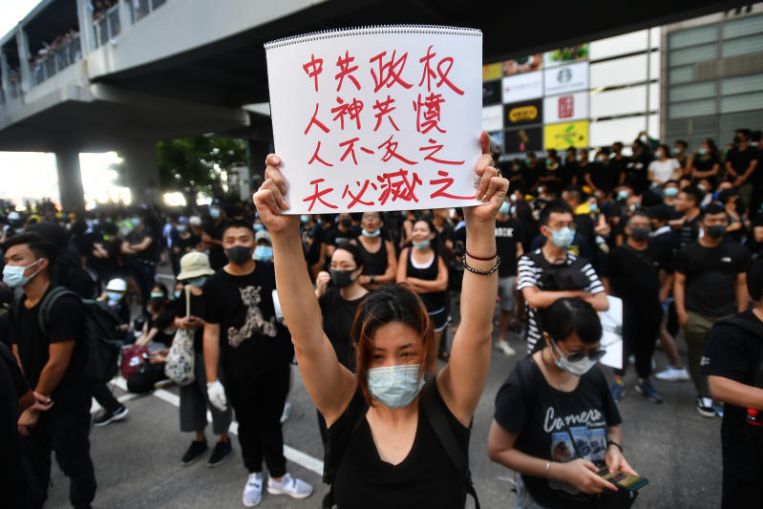 “I worry that there might be a worse confrontation ahead if people’s demands remain unaddressed,” Ms Tsai said, according to the state-run Central News Agency.

The plan was a threat to the “free and democratic lifestyle” of the self-governing island, she said in January.

“It’s clear the CCP (Chinese Communist Party) regime’s ‘one country, two systems’ is nothing but a lie. I urge the global community to support the people’s struggle for freedom and fully democratic elections,” Mr Wu tweeted.

Taiwan media have described Monday’s protests and storming of the legislative building as the “Hong Kong version of the 2014 Sunflower Movement”. The March 18 or Sunflower Movement was a 24-day occupation of Taiwan’s parliament building in Taipei, the largest student-led protest in the country’s history.

The large-scale protest movement was launched against a proposed trade in services agreement between Taiwan and China which protesters said lacked transparency. The pact has never been ratified.