Syrian army soldiers laid siege on several towns and villages in Hama Syria‘s army encircled rebels in a cluster of towns in... 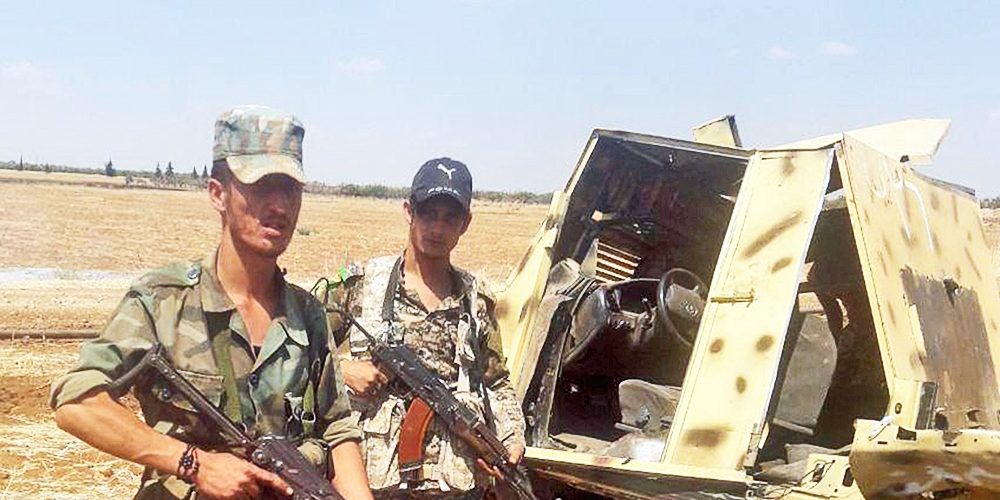 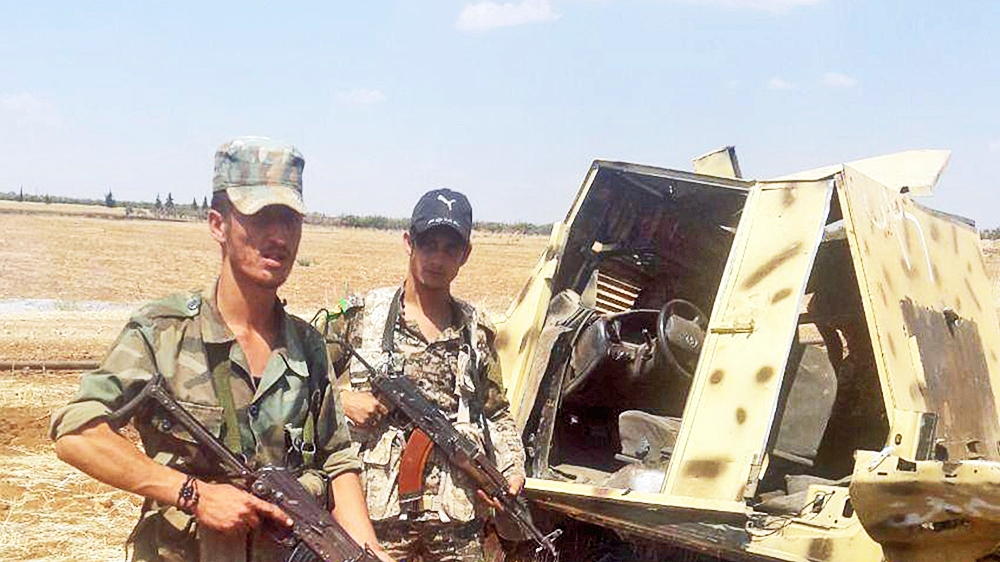 Syria‘s army encircled rebels in a cluster of towns in northwest Syria’s Hama countryside, imposing a “choking siege” and marching deeper into the pocket, state-run Ikhbariya TV said on Friday.

Government forces seized a dozen hills and expanded their control of a main highway that runs through the area and stretches from the capital Damascus to Aleppo city, the channel said.

The live broadcast came from the nearby town of Khan Sheikhoun in soutern Idlib province.

Sources told Al Jazeera that Khan Sheikoun and much of the surrounding areas in northern Hama, which includes a few towns that rebels have held for years, were now either under army control or within its firing range.

Several rebel officials did not respond to requests for comment.

The Syrian Observatory for Human Rights said pro-government forces, backed by Russia, recovered the town of Kafr Zita from rebels who had controlled it since 2012.

A Turkish military post in the nearby town of Morek was now also encircled, the UK-based war monitor and state TV said.

Under its deals with Russia, Turkey has forces stationed at a dozen military posts in Idlib. The latest army advances have put Turkish troops in the firing line and threatened Ankara’s hopes of preventing a new wave of refugees on its border.

Ten of thousands of people have fled towards the Turkish border in recent days as air and ground raids battered parts of Idlib and Hama, the country’s last big rebel stronghold.

The United Nations says the offensive has killed hundreds of people since it began in late April.

On Thursday, Syria’s Foreign Ministry has said it was opening a “humanitarian corridor” for civilians to leave the area.

The ministry, in a statement carried by Sana news agency, said that the corridor was opened in the village of Soran on the southern edge of the rebel-held area.

The corridor will be used to evacuate “civilians who want to leave areas controlled by terrorists in northern Hama and the southern countryside of Idlib” province, the statement added.

The besieged area is home to tens of thousands of civilians, as well as armed rebel fighters and Turkish troops.

The withdrawal from Khan Sheikhoun, one of the northwestern province’s largest towns that has been in rebel hands since 2014, came after days of fierce fighting between rebel factions and Russia-backed forces loyal to President Bashar al-Assad.

Khan Sheikhoun was the scene of an infamous chemical attack in April 2017 that killed more than 80 people, including many children. UN investigators said Syrian government forces were behind the attack.

Earlier this week, air raids struck a Turkish military convoy making its way through Idlib. The convoy was heading to an observation post in Morek, one of the 12 that Turkey has maintained in and around Idlib province since a deal with Russia last year.

According to the Turkish defence ministry, the convoy had been sent to keep open supply routes, ensure the safety of the observation post and protect civilians in the region.

But Damascus denounced what it said was a Turkish attempt to save routed rebels.

Ankara backs some of the rebels in northwest Syria and has deployed forces in the Idlib region under deals with Moscow.

On Wednesday, Turkish presidential spokesperson Ibrahim Kalin said all of Turkey’s observation posts will remain in place and support will continue to be provided to the posts.,

Speaking to reporters after a cabinet meeting, Kalin said President Recep Tayyip Erdogan would have phone calls with US President Donald Trump and Russia’s Vladimir Putin in the coming days to discuss developments in Syria.

He also said there will be a trilateral summit between Turkey, Russia and Iran on September 16 in Ankara.

The Astana peace process, aimed at ending the Syrian conflict, was launched in January 2017 by Russia and Iran, allies of the Syrian government, as well as Turkey.

In September 2018, Turkey and Russia agreed to turn Idlib into a de-escalation zone, but ceasefire attempts have been consistently broken, especially in recent weeks.

After a short-lived ceasefire, the area has seen intense bombardment as the Syrian army gained ground against the weakened rebels.

Idlib is home to about three million people, half of whom were transferred there en masse from other areas that were taken by pro-government forces.

According to the United Nations, more than 500 civilians have been killed, while hundreds more have been wounded since the start of the offensive. Some 400,000 people have been forced to leave their homes.