Employees in Damascus are raising their demands for higher salaries, as the largest segment of the population has fallen below the poverty line because... 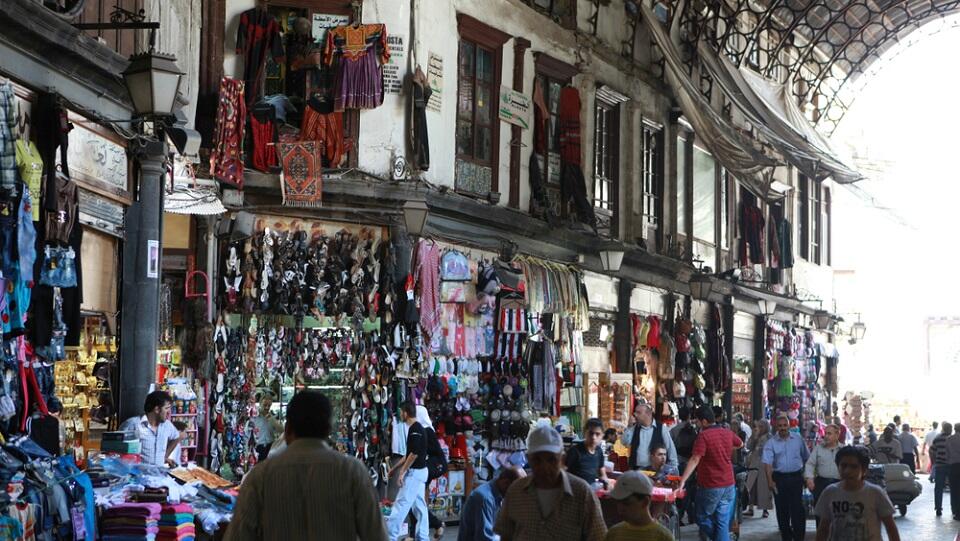 Employees in Damascus are raising their demands for higher salaries, as the largest segment of the population has fallen below the poverty line because of the surge in prices.

Experts considered the government’s promises to improve the standard of living only a “temporary painkiller,” because the state was “bankrupt”.

Meanwhile, the capital and other provinces are increasingly witnessing cases of armed robbery of banks and money transfer companies amid the government’s inability to control the security situation.

During the years of the war, the government’s foreign exchange reserves declined from $20 billion at the end of 2010 to $0.7 billion, while the Syrian pound fell from around 50 lira to more than 600 lira against the US dollar, with a crazy rise in commodity prices.

This situation had a catastrophic effect on the citizens’ living costs, with the salary of a government employee averaging between 30,000 and 40,000 Syrian lira, while the average salary of private-sector employees not exceeding 65,000 Syrian lira.

According to a research conducted by the Syrian Center for Policy Research, in cooperation with the American University of Beirut, more than 93 percent of Syrians live in poverty and deprivation, including about 60 percent who live in extreme poverty.

Since the outbreak of events in the country in mid-March 2011, President Bashar al-Assad issued four decrees to increase monthly wages and salaries; the first in 2011, followed by three others in 2013, 2015 and 2016. In 2018, he issued a decree to increase the salaries of the military.

The increase in monthly wages and salaries in all of the previous decrees did not exceed 30 percent of the total monthly salary.

According to a World Bank report issued by mid-2017, the total losses of the Syrian economy amounted to about $226 billion. Some 27 percent of all housing units were destroyed or partially damaged, while local figures indicate that 67 percent of Syria’s industrial capacity has been completely ruined.

This happens amid a continued state of insecurity in Damascus and its surroundings. Two gunmen on Thursday broke into a money transfer company in the suburb of Qudsia, located around the capital. Local media reported that the company’s director was shot in the incident, and later succumbed to his wounds.

Another armed robbery was reported in the province of Sweida, where local sources quoted eyewitnesses as saying the gunmen were unmasked, in broad daylight and forced a bank driver to take them to an unknown destination, with a large amount of money estimated at 35 million Syrian pounds.

Since the outbreak of war in Syria and the proliferation of many armed groups, these areas witness unprecedented security breaches and increased murder and kidnapping for the purpose of ransom and theft.