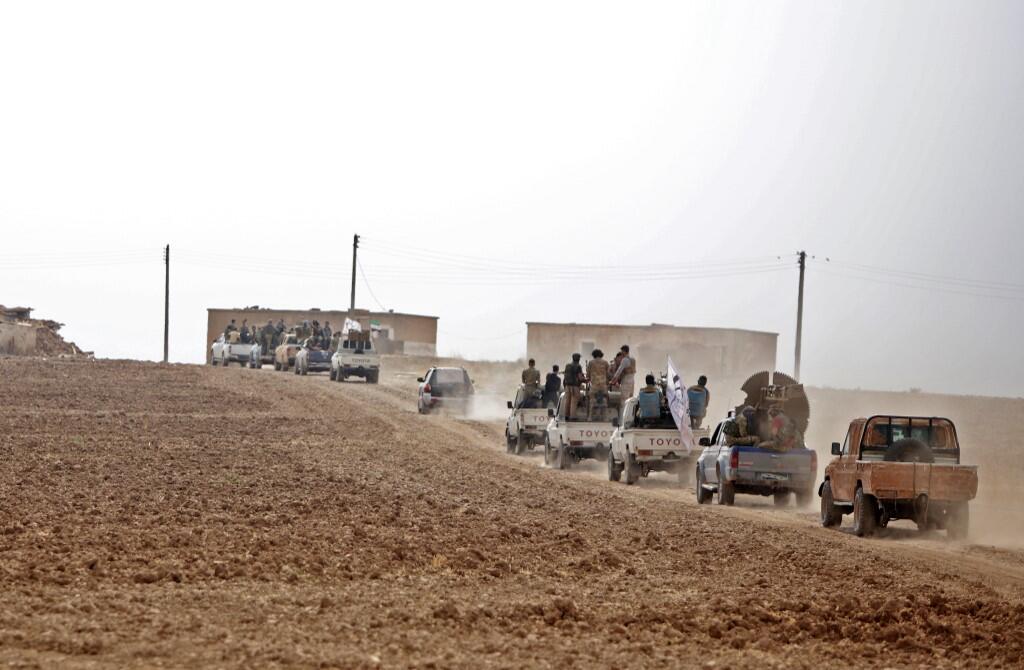 Kobani, located in northern Syria, has been held by the Kurdish-dominated People’s Protection Units (YPG) militia since they defeated the Islamic State group in 2012.

After Turkey and Syrian rebel forces launched an offensive against the YPG’s umbrella organisation – the Syrian Democratic Forces (SDF) – last week, the Kurdish militia has handed over positions to Bashar al-Assad’s regime.

The town, situated on the Turkey border, has been targeted by Turkish airstrikes and was situated in a planned “safe zone” – a 30km deep buffer area in northern Syria that Ankara wanted cleared of YPG militants.

The YPG appeared to pre-empt the Turkish offensive on the town by allowing Syrian regime troops in.

Assad’s forces have been positioned outside Kobani but were waiting for US troops at the Kharab Ashaq base to the south of the Aleppo province town to leave.

The US-led coalition announced the withdrawal of the last American troops from Raqqa and Aleppo provinces on Wednesday night.

Sources said that this will pave the way for the regime to take more territories from the SDF.

They added that American troops sabotaged and bombed a base at the Lafarge Cement Factory before leaving, to prevent its future use.

Protests have been held in areas controlled by the SDF against a decision to handover control to the Syrian regime with thousands fleeing the entry of troops.

Turkey launched ‘Operation Peace Spring’ on 9 October to take territories from the SDF with thousands of Syrian fighters taking Tal Abyad and other border towns.

Kobani is highly symbolic for Kurdish nationalists, after the YPG and other militias fought off a fierce siege by IS in 2014 and 2015, the first major set-back for the jihadi group in Syria.