Smoke billows above buildings during a reported air attack by pro-regime forces on Khan Sheikhoun in Syria’s Idlib province on Monday ... 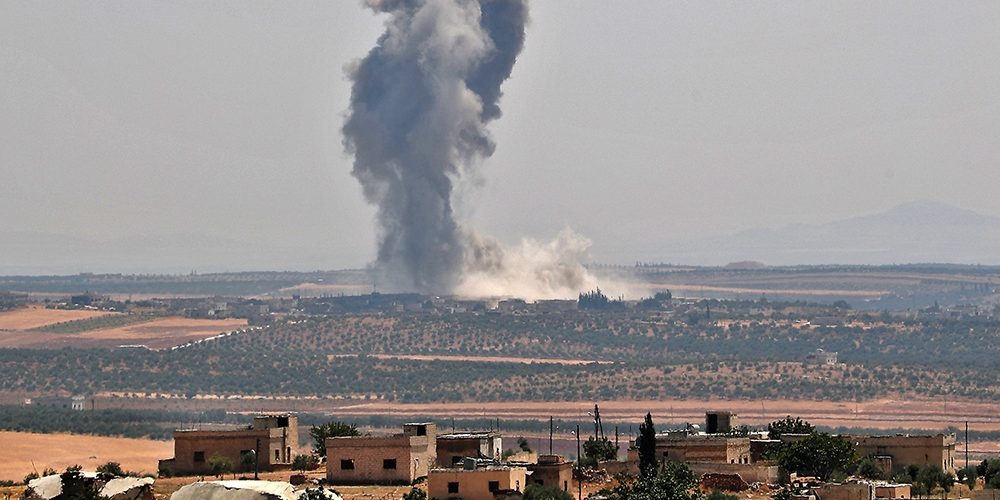 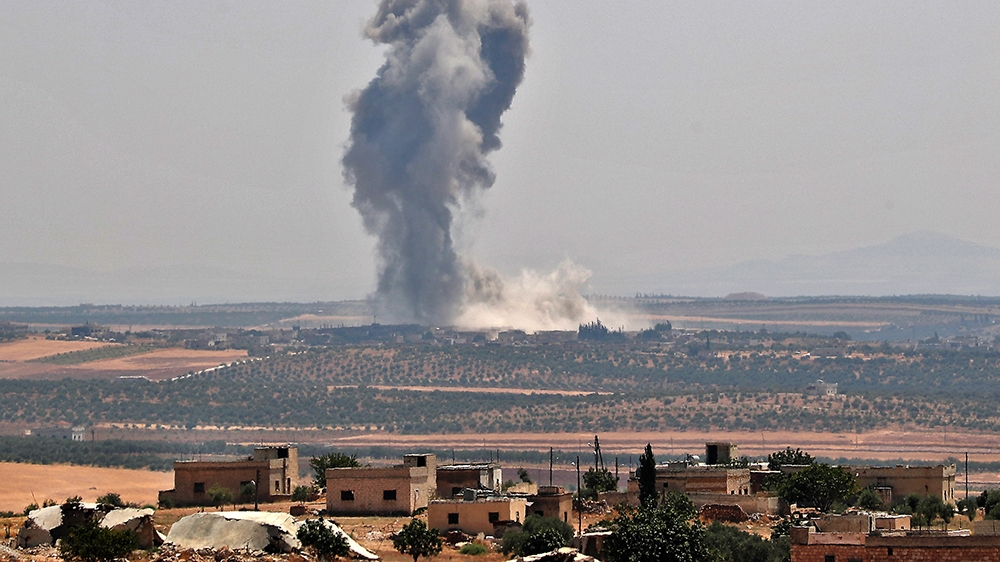 Syrian opposition fighters have withdrawn from a key town in Syria‘s rebel-held Idlib province, northwest of the country, local activists and a war monitor have said.

“They moved towards the north and east for now in an attempt to prevent army troops from advancing to new points,” he said.

The withdrawal from Khan Shaikhoun, one of the province’s largest towns, comes days after fierce fighting between armed rebel factions and forces loyal to President Bashar al-Assad.

Backed by Russia militarily, government forces surrounded the town on Monday as clashes continued in and around the area for a third consecutive day.

The town had been in rebel hands since 2014.

The allies launched an offensive to retake Idlib and surrounding rebel-held areas in late April.