The Syrian government has agreed to a truce deal in the country’s militant-held northwestern province of Idlib on condition that a buffer zone is... 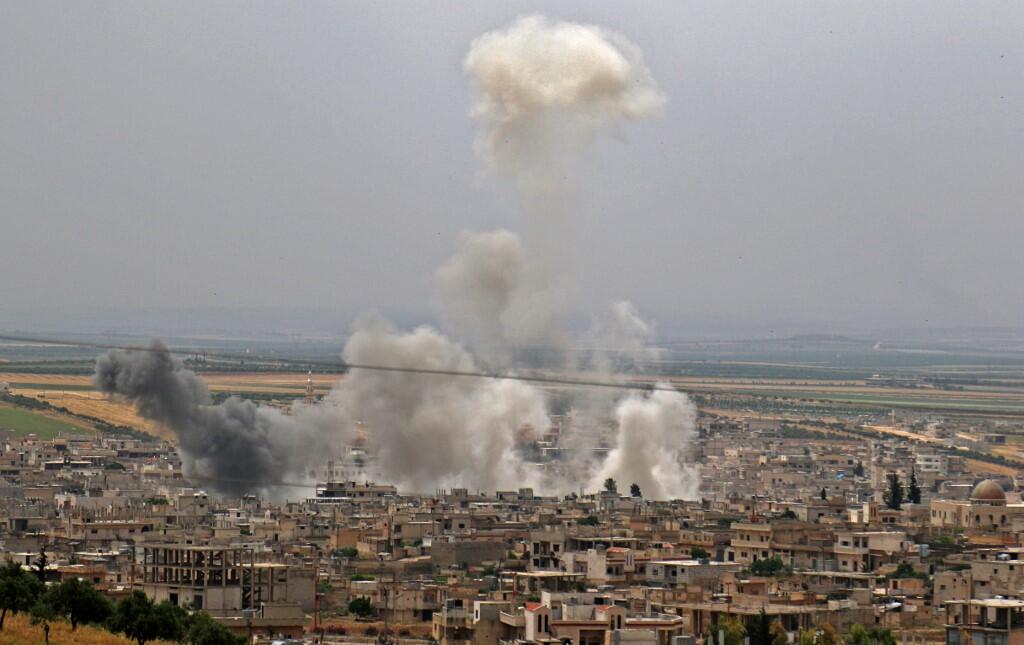 The Syrian government has agreed to a truce deal in the country’s militant-held northwestern province of Idlib on condition that a buffer zone is created between army troops and foreign-sponsored Takfiri terrorists.

Syria’s official news agency SANA, citing an unnamed military source, announced on Thursday Damascus’s “approval for a ceasefire in the de-escalation zone in Idlib starting from tonight” on condition terrorists and militant groups withdraw forces and weaponry from a buffer zone as per a deal reached following a meeting between Turkish President Recep Tayyip Erdogan and his Russian counterpart Vladimir Putin in the Black Sea resort city of Sochi on September 17, 2018.

Under the agreement, all militants in a demilitarized zone, which surrounds Idlib and also parts of the adjacent provinces of Aleppo and Hama, were supposed to pull out heavy arms by October 17 last year, and Takfiri groups had to withdraw two days earlier.

The National Front for the Liberation of Syria is the main Turkish-backed militant alliance in the Idlib region, but the Takfiri Hayat Tahrir al-Sham (HTS) terrorist group, which is a coalition of different factions of terror outfits, largely composed of the Jabhat Fateh al-Sham Takfiri terrorist group, formerly known as al-Nusra Front, holds a large part of the province and the zone.

The HTS, which is said to be in control of some 60 percent of Idlib Province, has yet to announce its stance on the buffer zone deal.

It is estimated that between 10,000 and 15,000 members of different factions of armed groups, which Syria, Russia and Turkey consider terrorists, are active in the volatile province, which is home to around three million inhabitants.

The announcement of the conditional truce came as representatives of guarantor states in Syria peace process – Turkey, Russia, and Iran – and delegates from the United Nations held a two-day meeting in the Kazakh capital city of Nur-Sultan on Thursday.

Representatives of some armed Syrian opposition groups have also confirmed their participation in the talks.

“Of course, we welcome the Syrian government’s decision to introduce a truce,” Alexander Lavrentiev was quoted as saying by Interfax news agency on Thursday.

On July 26, Damascus categorically rejected any deal between Turkey and the United States on a buffer zone in northern Syria, describing it as a violation of its sovereignty.

“Syria reiterates its categorical rejection of any American-Turkish agreement,” SANA quoted a foreign ministry source as saying at the time.

The source noted that such a deal would “constitute a blatant attack on the sovereignty and unity of the country.”

The reaction came after Turkey said it would continue to exchange viewpoints on the planned demilitarization zone in northern Syria with the US after threatening to launch a new cross-border incursion into the war-torn Arab country.