The Syrian army, backed by Russian air support, will resume military operations in the northwest Idlib Province; this, despite a truce deal previously agreed... 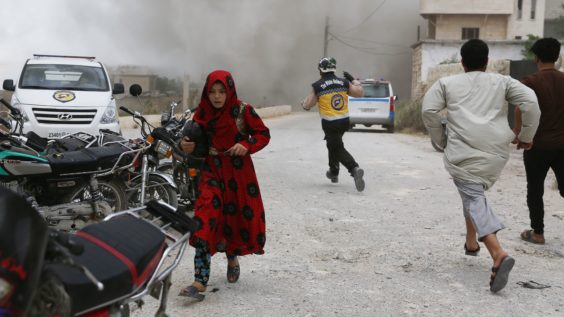 The Syrian army, backed by Russian air support, will resume military operations in the northwest Idlib Province; this, despite a truce deal previously agreed to with Turkey, which earlier this week similarly announced that it would begin a campaign to oust US-backed Kurdish fighters from the Syrian side of the shared border. According to the Reuters news agency, Syrian rebels have agreed to partake in the latter mission. In April, Damascus and Moscow – the major power broker in the war-torn country – defied international pressure by launching an offensive to uproot an Al-Qa’ida-linked group that controls most of Idlib. The assault has killed hundreds of civilians and displaced tens of thousands more. Ankara has repeatedly denounced the move, concerned that the resulting mass exodus would lead to another influx of people into Turkey, which is already home to some 3.5 million Syrian refugees. The potential for a major uptick in violence recently led all sides to reaffirm their commitment to the cease-fire, while the Turkish government negotiated with Washington over the potential creation of a “safe zone” along the frontier. Nevertheless, Ankara blamed the US of dragging its feet, while Damascus accused Turkish President Recep Tayyip Erdogan of going back on his word by threatening to initiate a military offensive against the Syrian Democratic Forces, which is comprised mainly of YPG fighters that Turkey deems an extension of the banned PKK.