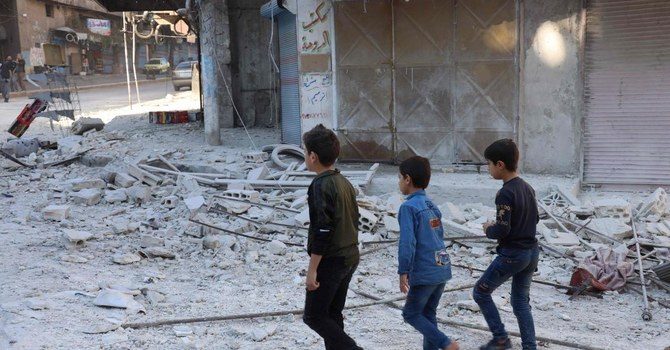 Constitution1 Syria14 UN10
GENEVA: Talks on a new constitution for Syria this week ended in disappointment, the United Nations mediator concluded Friday, and without a proper understanding... 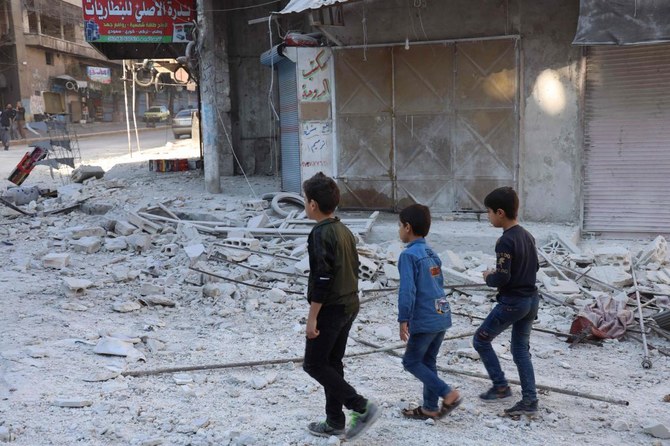 GENEVA: Talks on a new constitution for Syria this week ended in disappointment, the United Nations mediator concluded Friday, and without a proper understanding on how to move the process forward.

The sixth round of discussions between 15 representatives each from President Bashar Assad’s government, the opposition, and from civil society, were held this week at the UN in Geneva.

The government and the opposition traded barbs afterwards, pointing the finger at each other for the lack of progress.

“We had three days that went rather well and one day that was more difficult.”

This week, each delegation brought forward draft texts on different areas of the constitution: on Monday, the government on sovereignty, independence and territorial integrity; on Tuesday, the opposition on the armed forces and security; then civil society on the rule of law; and on Friday, the government on terrorism.

Pedersen wanted to wrap up Friday by striking a form of provisional agreement on the principles that had been discussed, either in part or in full — or if not, then agreeing on what the parties disagreed on.

“The discussion today was a big disappointment. We did not manage to achieve what we had hoped to achieve: that we would have a good discussion on how to reach forward for some kind of a consensus,” the Norwegian diplomat said.

“We lacked a proper understanding on how to move that process forward.”

Negotiations have not been held since January, when the fifth round of talks hit a brick wall.

No date was agreed for the next round of discussions.

The SCC was created in September 2019 and first convened a month later.

The tentative negotiations are aimed at rewriting the war-torn country’s constitution. It is hoped the talks could pave the way toward a broader political process.

Ahmad Kuzbari, the head of the government SCC delegation, said some opposition proposals were “far from reality and even reflected malign thought and aggressive agendas,” he told reporters afterwards.
He accused the opposition of “ceaseless attempts to lay obstacles and to make this round fail and lead it not to achieve any outcome.”

“Despite all that took place, our delegation reaffirms its will to carry on, to engage positively in the process,” he concluded.

Syrian opposition negotiations leader Hadi Al-Bahra said Kuzbari’s claims were “bare of any truth” and said the regime did not have the will to reach a solution.
“There were not even attempts to achieve a consensus,” he said.

Bahra said the opposition and the government’s position on Syrian independence, sovereignty and territorial integrity were interchangeable, “but still they are insisting that there is no consensus.”

But he said the talks in Geneva were the only international platform on which the Syrian opposition had a voice, so it was one “we must preserve.”

Pedersen said the participants “agreed that it could not continue like this,” but revealed that “a little bit of trust” had been established this week and he could “see that there are possibilities.”

It quickly spiralled into a complex conflict that pulled in numerous actors, including jihadist groups and foreign powers. The war has left around half a million people dead.

Throughout the civil war, the UN has been striving to nurture a political resolution.