Supreme Leader Khamenei Calls on IRGC to be Ready for War 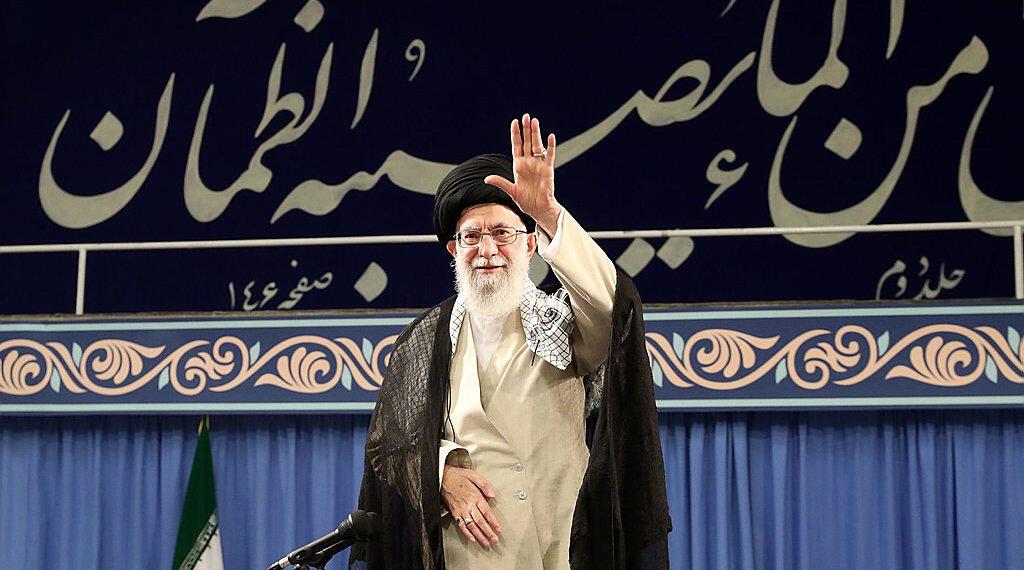 “The Americans, through their hostile behavior toward the Guards, have increased the IRGC’s dignity. Today, thank God, the IRGC has dignity both at home and abroad,” the Leader said during a graduation ceremony at IRGC’s Imam Hossein University in Tehran.

The United States designated the IRGC as a foreign terrorist organization in April, marking the first time Washington has formally labeled another nation’s military a terrorist group.

The measure, however, earned the force more respect and admiration among Iranians and other people, Ayatollah Khamenei said.

The IRGC, set up after the 1979 Islamic Revolution to protect the country, immediately won the hearts and minds of Iranians through its gallantry in the battlefield against an all-out invasion by former Iraqi dictator Saddam Hussein.

Since the end of the imposed war in 1988, the IRGC has also engaged in housing development, dam and road construction, oil and gas projects, food, transportation and even educational and cultural activities.

“The Americans, with their cruel and grim image and hostile behavior toward the Guards, added to the IRGC’s dignity,” the Leader said.

After the blacklisting, US officials were at pain to clarify that the designation did not mean the US military would start treating the IRGC like al-Qaeda, Daesh or other militant groups that it can target at will.

The US step, however, prompted an immediate response from Iran, with the country’s Supreme National Security Council in turn designating American military forces as a “terrorist organization.”

The IRGC is also a crucial arm of Iran’s self-sufficiency drive in military industries and Ayatollah Khamenei on Sunday called on the force to continue inventing and building modern and advanced military hardware.

“A permanent lesson before the eyes of the Revolutionary Guards is this verse: ‘And prepare against them whatever you are able of power and of steeds of war by which you may terrify the enemy of Allah and your enemy’,” the Leader said, citing the Holy Qur’an.

“God has decreed in the Holy Qur’an that you must have all the necessary defense, operational and intelligence equipment. However, these instruments must be manufactured and developed at home and meet all the needs of the country on the ground, in the sky and space as well as at sea and borders. Even the cyberspace is among the necessary instruments.”

Ayatollah Khamenei went on to explain that “this verse means you need to increase your power as much as possible by building a strong, robust and inclusive organization.”

The IRGC needs to “always have enhancing scientific and specialized power in mind, keep moving forward in tactical and strategic strengths, operate with constant alertness and readiness and avoid even a moment of neglect and increase the strength of the IRGC’s faith by training faithful, determined, pure, and motivated youth every single day,” he added.

Ayatollah Khamenei touched on Iran’s military capabilities before the revolution when the country’s “munitions depots were full of American weapons but the Iranians did not even have the right to open or repair many of the equipment.”

Elsewhere in his remarks, the Leader hailed the march of millions to Karbala for Arba’een processions as the “march to the peak of honor, sacrifice and martyrdom,” saying it is set to rejuvenate “the power of Islam and the Islamic Resistance Front.”