Sugary drinks can be a factor in cardiovascular disease

Recent research uncovers an association between sugar-sweetened drinks and an increased risk of death from cardiovascular disease. Sugary drinks seem to be linked with... 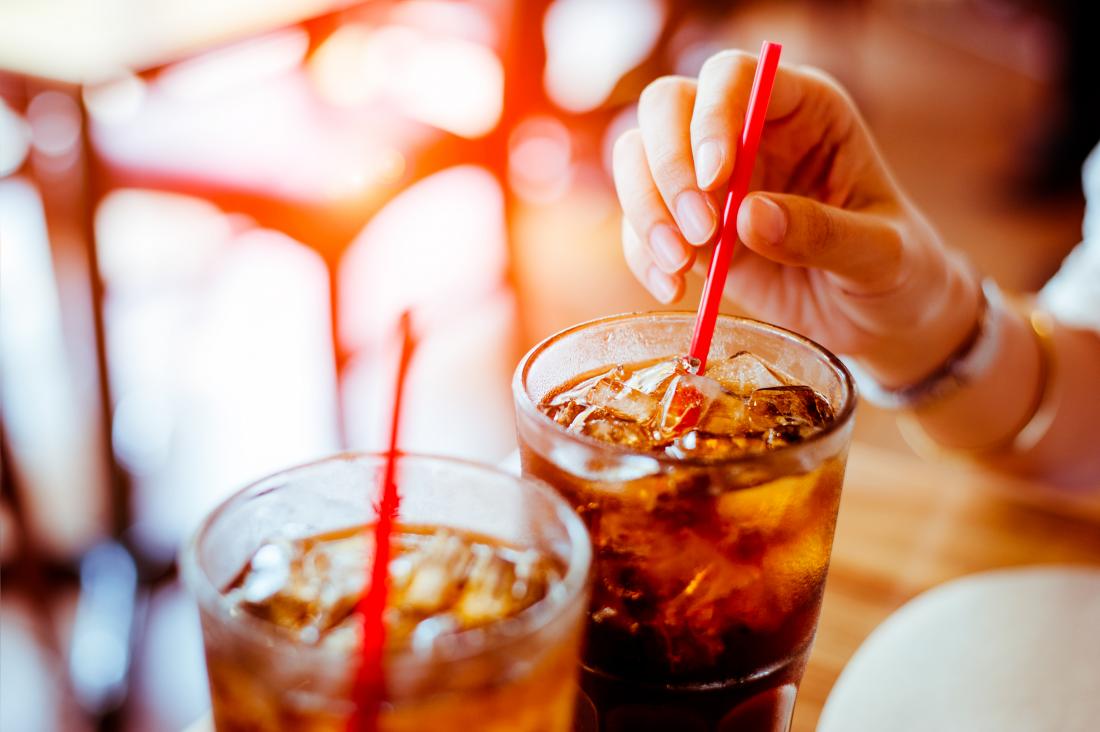 Sugary drinks seem to be linked with higher mortality rates from CVD.

The new study appeared in the journal Circulation, a publication of the American Heart Association (AHA).

The results showed that when people consumed more sugary drinks, their risk of death rose accordingly.

To understand this association, the researchers looked at data from 37,716 men in the Health Professionals Follow-Up Study and 80,647 women in the Nurses’ Health Study.

After controlling for other dietary factors, physical activity, and BMI, the team determined that these sugary drinks were associated with higher mortality rates from cardiovascular disease (CVD), as well as higher cancer rates.

They also looked at the connection between artificially sweetened drinks and death.

“Drinking water in place of sugary drinks is a healthy choice that could contribute to longevity,” says Vasanti Malik, the study’s lead author and a research scientist in the Department of Nutrition at the Harvard T.H. Chan School of Public Health in Boston, MA. She continues:

“Diet soda may be used to help frequent consumers of sugary drinks cut back their consumption, but water is the best and healthiest choice.”

The prevalence of CVD

In the United States, CVD, when listed as the underlying cause of death, accounts for around 1 out of every 3 deaths. CVD is responsible for more deaths each year than all the types of cancer and chronic lower respiratory disease combined, and it is the leading cause of death worldwide.

A number of risk factors are associated with CVD. Smoking tobacco is one of the biggest risk factors for the disease, as are a lack of physical activity and poor nutrition.

A healthy lifestyle is a factor that people can directly control when it comes to CVD, and the AHA have several suggestions about improving overall health and reducing the onset of the disease.

The AHA recommend that adults focus on getting at least 150 minutes of moderate physical activity each week. It is also important to avoid tobacco in any form, including vaping, cigarettes, and nicotine products.

Nutrition is another key component of cardiovascular health. The AHA suggest consuming plenty of produce, fiber-rich whole grains, poultry, and fish. For other meat, look for lean cuts and prepare them without added fats or excess sodium. Avoid foods high in saturated fat, and add foods that are rich in “good” fats, such as salmon and avocado.

Another vital goal, nutrition-wise, is avoiding added sugars. This not only includes sugar-sweetened beverages but foods as well, as added sugar can really add up over the course of a day and lead to unwanted effects.

It can be difficult, the researchers say, to give up a long-ingrained habit of enjoying sugar-sweetened beverages.

Substituting an artificially sweetened drink for one laden in sugar can be a good idea, but for those who consume four or more per day, it might not be as safe as most people believe.

Water can not only take the place of beverages that carry health risks, it is crucial for good health, as it helps regulate temperature, keeps joints in good shape, and helps rid the body of waste.

Drinking water can also reduce a person’s overall caloric intake as well as save money. Some people enjoy fruit-infused water, which contains some flavor without all the extra sugar.

“These findings are consistent with the known adverse effects of high sugar intake on metabolic risk factors and the strong evidence that drinking sugar-sweetened beverages increases the risk of type 2 diabetes, itself a major risk factor for premature death,” explains Dr. Walter Willett, who co-authored the study.

He continues, “The results also provide further support for policies to limit marketing of sugary beverages to children and adolescents and for implementing soda taxes because the current price of sugary beverages does not include the high costs of treating the consequences.”