Sudan’s ruling military council and the main opposition coalition have reached a power-sharing agreement that paves the way for the formation of a transitional... 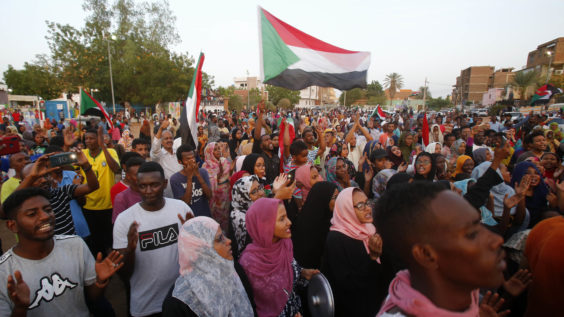 Sudan’s ruling military council and the main opposition coalition have reached a power-sharing agreement that paves the way for the formation of a transitional government. “The coming period will be a test for us, no one will be excluded. We will open the door to everyone to participate in [the] celebration,” asserted leading opposition figure Sadiq al-Mahdi, Sudan’s last democratically elected prime minister. Sometimes violent protests have rocked Sudan this year, and induced the army in April to overthrow decades-long strongman Omar al-Bashir. While the demonstrators had demanded the immediate creation of a civilian government, the Sudanese military stepped in to fill the void and announced plans to run the nation for a period of up to two years. This led to increased friction with opposition groups that subsequently upped the intensity of their protests, going so far as to stage a lengthy sit-in outside military headquarters in the capital Khartoum. The composition of the new “sovereign council” – which will govern Sudan for a three-year period leading up to elections – was slated to be revealed on Sunday.