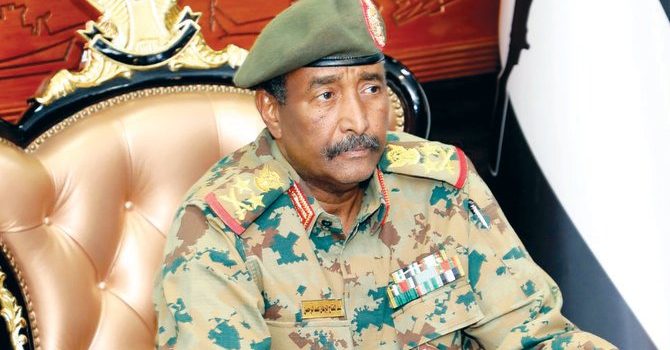 Sudan’s Military Strikes Out at Civilian Politicians After Coup Attempt

Al-Burhan1 Coup2 Sudan8
KHARTOUM: Sudanese military leaders said on Wednesday the civilian politicians they share power with had opened the door to a coup attempt by neglecting... 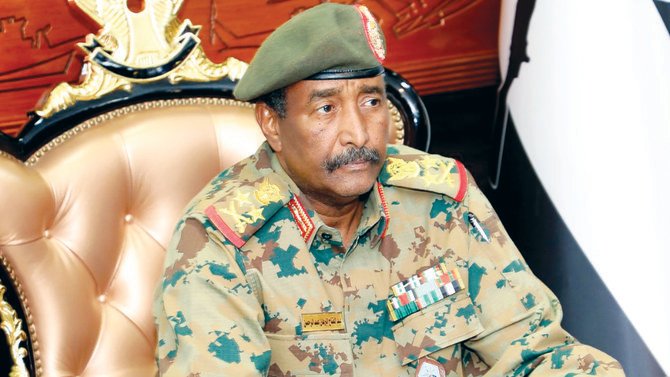 KHARTOUM: Sudanese military leaders said on Wednesday the civilian politicians they share power with had opened the door to a coup attempt by neglecting public welfare while they were consumed by internal squabbles.
A body known as the Sovereign Council has ruled Sudan under a fragile power-sharing deal between the military and civilians since the overthrow of Omar Bashir in 2019 but their relationship has remained fractious since then.
Military authorities said on Monday they had detained 21 officers who had attempted to take power in the early hours of the day. The threat appeared to have escalated the tensions between the partners.
Meanwhile, Saudi Arabia condemned the coup attempt Al-Arabiya TV reported on Wednesday, citing the country’s Foreign Ministry.
Egypt also condemned the coup attempt and stressed its support for its neighbor’s transitional government.
In a statement on its official Facebook page, Egypt’s Foreign Ministry affirmed its support for efforts by Sudan’s government to meet the aspirations of its people at this important stage in the country’s history.
Cairo stressed its keenness to see stability and security in Sudan, and condemned any attempt to obstruct development efforts there.
Speaking at a military graduation in Omdurman, Gen. Abdel Fattah Al-Burhan, head of the Sovereign Council, and his deputy General Mohamed Hamdan Dagalo, accused the civilian politicians of seeking personal gains and forgetting the aims of the revolution.
“The politicians gave an opportunity for the coup because they neglected the citizen and his livelihood and basic services and were occupied with fighting over seats and divvying up positions,” Dagalo said, in unusually strong criticism of the civilian team.
After the coup attempt, civilian Prime Minister Abdalla Hamdok reiterated calls to restructure the military and bring its business interests under civilian oversight, a key source of dispute, in a speech that did not emphasize military-civilian unity as he has done previously.
Political parties called on citizens to reject military rule and protect the revolution. Burhan called such statements “unacceptable.”
“Who should they rise to protect the revolution against? From us, the military? We are the ones who are protecting it from them, the ones who want to steal it.”
Burhan said the military was the group most interested in the transition to democracy and elections, scheduled for early 2024.
“They are occupied with fighting and yelling and are directing all their arrows at us,” he said.
Both men said they felt their forces were unappreciated.
“The military is met with humiliation and insults day and night, so how can there not be coups,” said Dagalo.