Sudanese Protesters Say No to UAE and Saudi Money

As Saudi Arabia and UAE governments agreed on Saturday to send Sudan around $3 billion in aid, protesters in Sudan took to the streets... 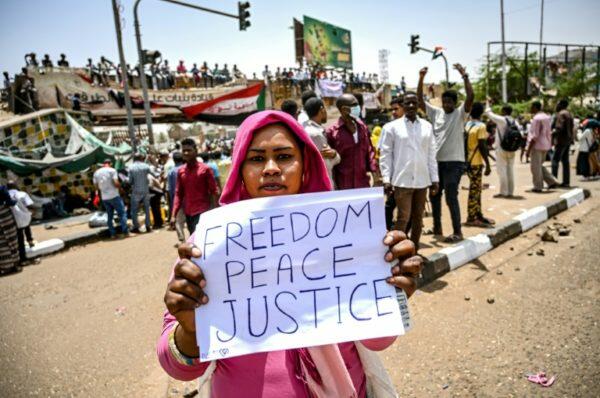 As Saudi Arabia and UAE governments agreed on Saturday to send Sudan around $3 billion in aid, protesters in Sudan took to the streets to express their rejection of the money.

Questioning the aims of Gulf countries to use their money trying to influence Sudan’s current leadership and people, protesters told the two Gulf governments to “Keep your money”.

The protestors continue to demonstrate a profound awareness of the pitfalls to avoid after their neighbors’ failed efforts to secure self-determination. Nations committed to allowing accountable civilian govt in Sudan to take hold can’t leave Sudan to this authoritarian Gulf axis https://t.co/yaz9XdaEf4

Banners were seen on the streets of Khartoum of Sudanese officials with UAE and Saudi leaders that read: “The Gulf’s rice (money) is poisoned and it won’t deceive Khartoum”.

This comes two weeks after Sudan’s former strongman Omar Bashir was ousted in a military coup and has been reportedly placed in jail.

Yet, Sudanese protesters are still on the streets demanding civilian rule amidst lack of trust in the Military Council who overthrew Bashir and announced a two-year transitional period through which the army officers would be ruling the country.