Sudan's Bashir to be Questioned Over Financing Terrorism 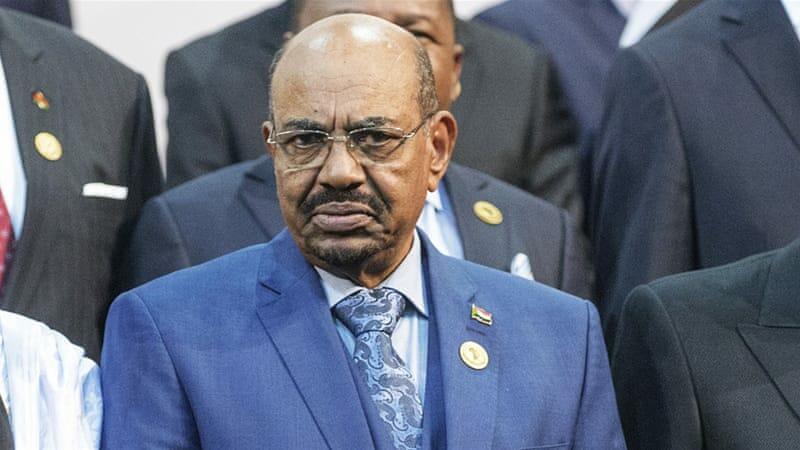 Masses of protesters also gathered in the capital Khartoum for a “million-strong” march calling for civilian government amid disagreements over the composition of an agreed-upon joint civilian-military transitional council.

Sudan’s army deposed Bashir in a military coup last month following months of popular protests against the former president, who is wanted by the International Criminal Court (ICC) for alleged war crimes, crimes against humanity and genocide in the Darfur conflict.

Sudan hosted al-Qaeda founder Osama bin Laden between 1992 to 1996. The extremist leader reportedly financed terrorist training camps in the country, where he was permitted to remain for years, reportedly due to the influence of Islamist leader Hassan al-Turabi.

Washington placed Khartoum on a list of state sponsors of terrorism over its alleged links with extremist militants.

Sudanese authorities last month also found a stash of more than $100 million dollars in the home of deposed ruler Bashir, who ruled over Sudan since taking power in an Islamist-backed military coup in 1989.

Bashir and his allies have routinely been accused of corruption by protesters.

While unconfirmed reports that the military council had agreed to the formation of a civilian-majority transitional council spread on social media late on Thursday night, talks between the military and negotiators representing protesters’ demands appear to remain at a standstill.

Protesters insist they will continue to stage protests and remain at a weeks-long sit-in outside the military headquarters in Khartoum until their demands, including a civilian-led transitional government, are met.

Military council spokesman Shams al-Deen al-Kabashi has said the “armed forces must remain in the sovereign council” due to tensions and warnings of “chaos” among protesters by deputy council leader Mohammad Hamdan Daglo.

Protesters insist that civilians must dominate the joint transitional council.

“If the military council took the majority in the sovereign council, the rights of civilians would not be guaranteed at all,” protester Hassan Rabeh, from the central town of Gadaref, told AFP.