Sudan: With Conflicting Visions of Country’s Future, the Ministers Face Many Economic and Security Issues 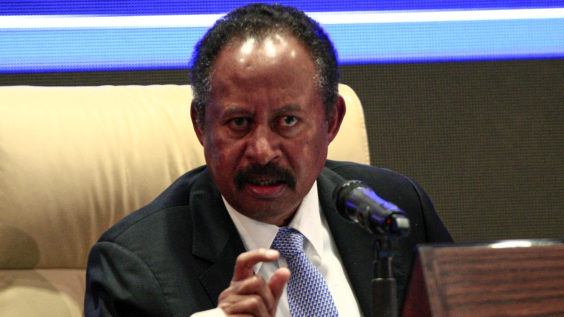 With conflicting visions of country’s future, the ministers face many economic and security issues

Economic malaise, rebels, war criminals, public demand for decentralization and democratization as well as the continuing transition from military rule: These are just some of the challenges confronting the recently sworn-in cabinet of Sudanese Prime Minister Abdalla Hamdok.

The government, tasked with overseeing the country for the next three years, represents the first change in administration since the ouster in April of President Omar al-Bashir.

The diverse 18-member cabinet includes four women, adherents to different religions, and people with a wide range of views regarding the future of Sudan and its estimated 43 million people.

“The problem remains that different people in Sudan have very different ideas about where the country should be going,” said Professor Harry Verhoeven, author of Water, Civilisation and Power in Sudan: The Political Economy of Military-Islamist State Building. “Getting rid of Bashir was the easy part; now comes the difficult part,” he told The Media Line.

Verhoeven argues that one of biggest obstacles facing the cabinet is Sudan’s decade-long economic slump, which was triggered, in part, by the secession of oil-rich South Sudan, recognized as independent in 2011. Sudan has one of the highest rates of accumulated debt globally, with high inflation also ravaging the country.

“You can’t have meaningful democratization in Sudan unless you also speak about socioeconomic issues,” Verhoeven stressed. “Trying to have a political dialogue when a lot of people are very hungry and very angry is tricky, and of course opens the way for demagogues and scapegoating of [ethnic groups].”

Dr. Hamid E. Ali, associate professor in the department of public policy and administration at the American University in Cairo, contends that the international community needs to help Sudan with its dire financial situation. “The economy needs a quick infusion of cash to restore the balance [on the debt] payment…. The International Monetary Fund should be less stringent in [its policies] to give the economy a jump-start,” he explained to The Media Line.

However, Ali believes that money from foreign countries should come with strings attached.

“The biggest condition for the aid should be to restore peace and turn the war criminals in to International Criminal Court,” he said.

According to Verhoeven, the cabinet also faces pressure from the army and security forces, as democratization will diminish their position within Sudanese society. Continuation of that process would see them deprived of their monopoly control of large corporations and, potentially, held legally liable for committing war crimes in parts of the vast country such as Darfur.

“One of the main reasons why Sudan has been a violent country for the last 70 years is precisely because of the mismanagement of this imbalance between the central power and the states. Working out the way of reconciling these views is going to be very [challenging],” he said.

“You can’t give people all around the country a sense of inclusion if all the power is concentrated in the capital city, especially because Sudan is still predominately a rural country,” Verhoeven said.

According to Dr. Johan Brosché, associate professor in the department of peace and conflict research at Sweden’s Uppsala University, security issues are of paramount importance to the cabinet members.

“A top priority for the new government is to end conflicts in Sudan,” Brosché told The Media Line. “Some of the rebel groups are meeting in [South Sudan] to discuss negotiations with [Khartoum] and also reunification of factions that have split.”

A stabilized Sudan would also have a steadying effect for nearby countries, he said.

“The regional dimension is important,” Brosché continued. “Historically, Sudan [in addition to] South Sudan has been embroiled in proxy war, where its neighbors often have supported rebels in Sudan and the regime in Khartoum has commonly supported rebels in countries like Chad, South Sudan, Uganda and Ethiopia.”

The American University in Cairo’s Ali agrees, adding that he “expect[s] that there will be better relations [between Sudan and its neighbors, as well as improved ties with the Arab world].”

The African Union has already lifted sanctions against Khartoum in the wake of the newly sworn-in cabinet.

Brosché believes that Sudan is on the right course, and that “the firm resistance of the Sudanese people – enduring on protest for such a very long time – and the involvement of international actors would [make it] difficult for the military to override the civilians.”

Verhoeven is likewise hopeful but acknowledges that the challenges ahead could lead to bumpy roads.

“One likes to be optimistic because of the incredible courage the Sudanese people have shown in resisting what was an extremely brutal regime. But the economic and political security problems that they still face means that it is going to be very hard to come out of this in a peaceful manner that respects the principles of democracy,” he concluded.