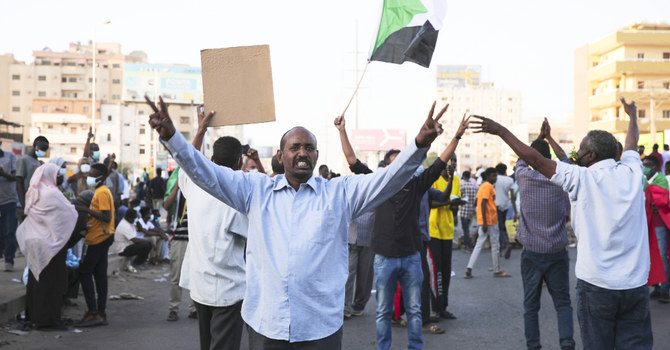 Sudan8
KHARTOUM: Two more Sudanese protesters died in the hospital from wounds after being shot during mass protests against last month’s military coup, a doctors... 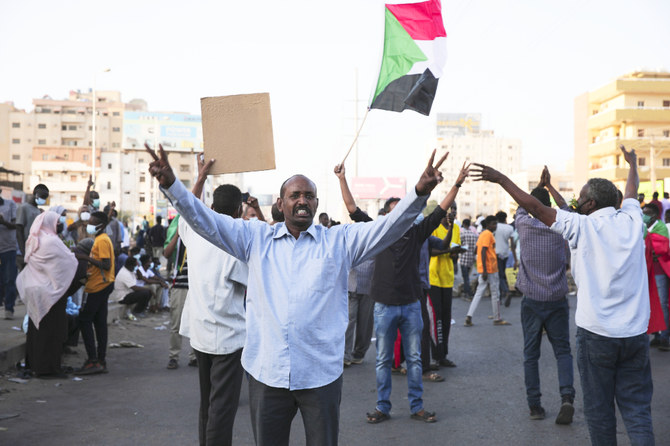 KHARTOUM: Two more Sudanese protesters died in the hospital from wounds after being shot during mass protests against last month’s military coup, a doctors union said on Monday.

That raises the death toll from Saturday’s protests to seven, all but one from gunshots, the Sudan Doctors Committee said.
More than 200 others were wounded when security forces used live ammunition and tear gas to disperse protesters in the capital city of Khartoum and its twin city of Omdurman, the committee said.

They said at least 39 policemen were wounded in Saturday’s clashes.
Thousands of protesters took to the streets across Sudan on Saturday to rally against the military’s takeover last month.
The Oct. 25 takeover upended a fragile planned transition to democratic rule, more than two years after a popular uprising forced the removal of Omar Bashir and his government.

The coup has drawn international criticism and massive protests in the streets of the capital of Khartoum and elsewhere in the country. At least 23 protesters were killed since Oct. 25, according to the doctors committee. The committee said the new deaths include 13-year-old Remaaz Hatim Al-Atta, who was shot in the head in front of her family’s home in Khartoum, and Omar Adam who was shot in his neck during protests also in Khartoum. Both were shot on Oct. 25 and pronounced dead in the past 24 hours, it said.
Saturday’s demonstrations came as the military has tightened its grip on power, appointing a new Sovereign Council.

The council, chaired by Gen. Abdel-Fattah Burhan, held its first meeting on Sunday, and said in a statement that a civilian government would be formed in the coming days.

Cracks, meanwhile, started to surface among the anti-coup movement over a call by a group of political parties and movements to return to the pre-coup power-sharing deal between the protesters and the generals.
The Sudanese Professionals’ Association, which spearheaded the uprising against Bashir, criticized the call, insisting on handing power over to civilians.

The SPA said it would work with the Resistance Committees and other groups to topple the military council and establish a civilian government to lead the transition to democracy.