Electrostimulation of the vagus nerve may be key to reducing the symptoms of rheumatoid arthritis, according to findings that scientists presented at the Annual... 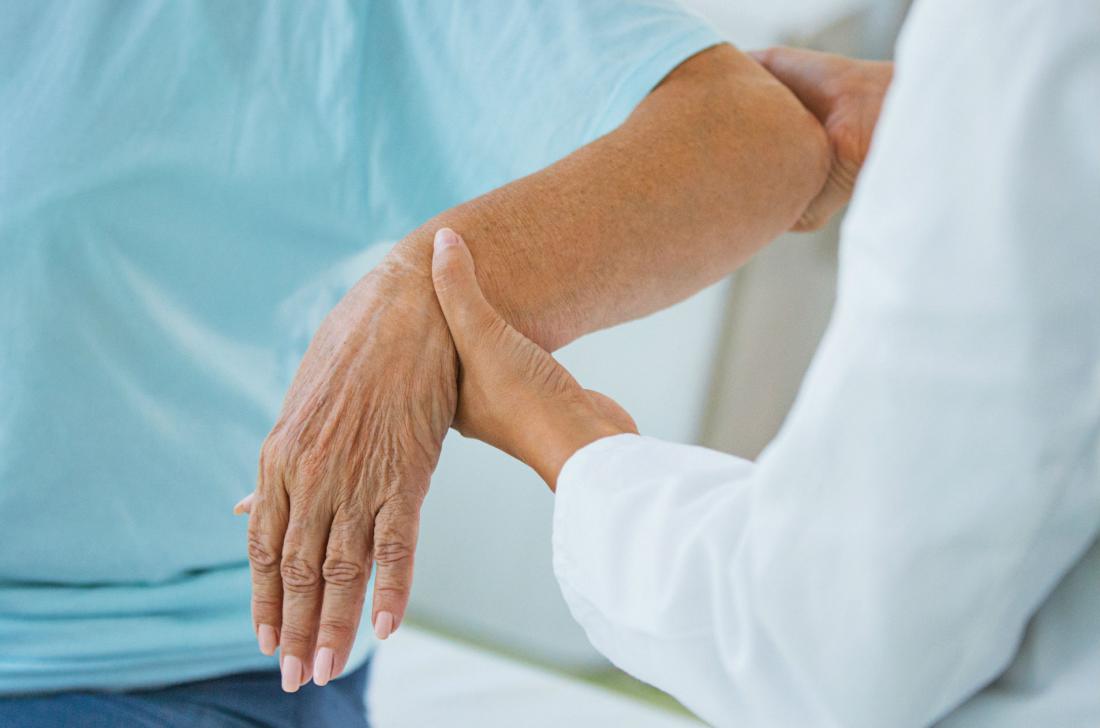 Electrostimulation of the vagus nerve may help reduce the symptoms of rheumatoid arthritis.

This research gives hope that there may be a new way to help treat this autoimmune condition.

The vagus nerve, which is a very long nerve that runs between the brain and the neck, chest, and abdomen, is a complex structure.

Previous research has found an inflammatory reflex in the vagus nerve that reduces the production of cytokines, including certain molecules that are a component of autoimmune conditions. These molecules are called tumor necrosis factor (TNF).

The immune systems of healthy people block TNF, but in those with certain autoimmune conditions, excess TNF makes its way into the bloodstream and causes inflammation and a higher rate of symptoms associated with the conditions.

TNF is a target in many rheumatoid arthritis (RA) drugs, such as infliximab (Remicade) or etanercept (Enbrel). Many people call these drugs TNF-blockers.

The researchers thought that if they could boost this naturally occurring reflex in the vagus nerve, it might have a similar result — or one that was even better, as drugs that aim for TNF also suppress the immune system and have other unwelcome side effects.

“This is a really exciting development,” says Prof. Thomas Dörner, Chairperson of the Scientific Programme Committee at the Annual European Congress of Rheumatology, which this year takes place in Madrid, Spain.

“For many [people living with] RA, current treatments don’t work, or aren’t tolerated. These results open the door to a novel approach to treating not only RA but other chronic inflammatory diseases. This is certainly an area for further study,” adds Prof. Dörner.

The researchers implanted a small neurostimulator, called a MicrioRegulator, into 14 people with RA. To qualify for the study, each person had tried at least two medications that worked in different ways but that hadn’t helped reduce their symptoms.

The study, which took place over 12 weeks, revealed that those in the once-per-day group had a much better result, symptom-wise, than those in the other two groups — including those that had stimulation four times each day.

Both stimulation groups also had a distinct reduction of more than 30% in their cytokine levels during the course of the study.

Unlike osteoarthritis, which occurs when cartilage in the joints breaks down over time, RA can develop at any age. That said, it is more likely to affect people ages 30–60.

In the United States, there are around 1.5 million people with the condition, and it tends to affect around three times as many women than men.

In those with RA, the body’s immune system is overactive and attacks healthy tissue in the body — in this case, the lining of the joints.

Over time, this inflammation can damage cartilage and the bones themselves, with joint spacing becoming more narrow. This results in a loss of mobility and flexibility. Once the damage has set in, it is irreversible; so, the goal is to identify the condition early and treat it aggressively.

RA tends to affect more than one joint, and it also affects smaller joints in the hands, feet, and wrists more often than it does larger joints. Also, RA is often symmetrical and affects joints on both sides of the body.

What does the future hold?

Although surgically implanting small neurostimulators into every person with RA is probably not feasible, reasonable, or required, this study does shine a light on potential therapy that can help those who do not respond well to traditional medications for the condition.

The findings of this research will also pave the way for future studies.

“These data support the study of this device in a larger placebo-controlled study as a novel treatment approach for [RA] and possibly other chronic inflammatory diseases.”