By E.J. Mundell HealthDay Reporter Latest Skin News WEDNESDAY, May 15, 2019 (HealthDay News) — Acne is the bane of many teens, and even... 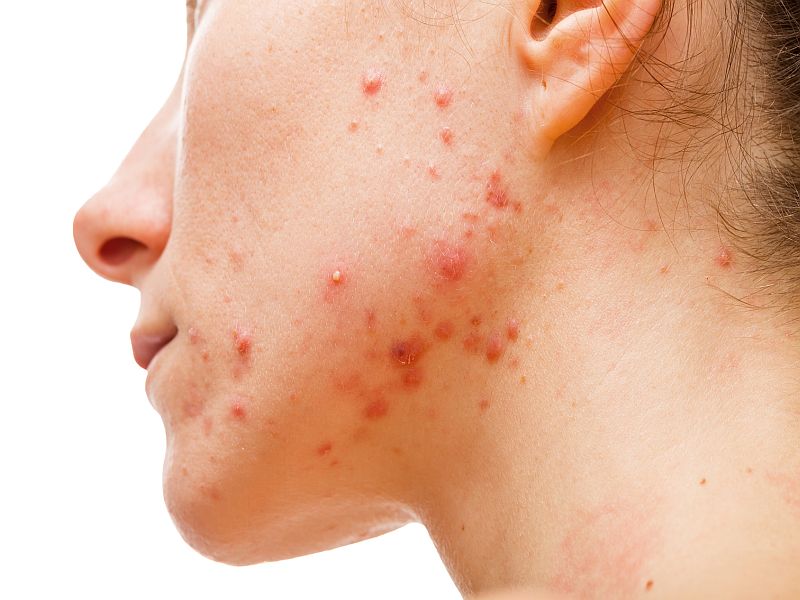 WEDNESDAY, May 15, 2019 (HealthDay News) — Acne is the bane of many teens, and even some adults. Now, researchers say they might have hit on a new approach to easing the condition.

Sebum is important to the skin’s health because it helps regulate temperature and repel microbes, the team said. But an excess of sebum production has also long been thought to be a contributor to acne.

“Too much sebum can get trapped in glands, which cause it to swell and cause a bump under the skin,” explained Dr. Raman Madan, a dermatologist with Northwell Health’s Huntington Hospital in Huntington, N.Y.

So, it stands to reason that identifying “a target to decrease sebum production would be a novel approach to treating acne,” said Madan, who wasn’t involved in the new study.

The research involved a microscopic examination of the skin of 22 healthy volunteers. Esler’s team discovered that skin sebum production relies on a specific molecular mechanism known as the de novo lipogenesis (DNL) pathway.

Most sebum was found to be produced by cells called sebocytes, which secreted the oil based on the ebb and flow of the DNL pathway, the researchers explained.

But nine people with acne showed one major difference: Compared to people with normal skin, they had a 20% higher rate of sebum production and a related rise in fluctuations of the DNL pathway, the findings showed.

Going a step further, Esler’s group designed a compound that targeted an enzyme involved in the pathway. In healthy volunteers, application of the treatment cut sebum production by nearly half, according to the report published in the May 15 issue of Science Translational Medicine.

Of course, these experiments are early and it remains to be seen if such a compound might curb sebum — and acne — in a larger, more rigorous trial.

In the meantime, Madan said that the approach “has potential.” But he cautioned that “this may be a treatment for acne, but not a cure, because the cause of acne is more than just sebum production. It has potential to be an addition to current treatments.”

Dr. Michele Green is a dermatologist at Lenox Hill Hospital in New York City. She agreed that the findings “may offer promise to patients suffering with acne vulgaris.”