Brazilian scientists conducted a study on mice and found that strength training can reduce liver fat and improve blood sugar levels in people with... 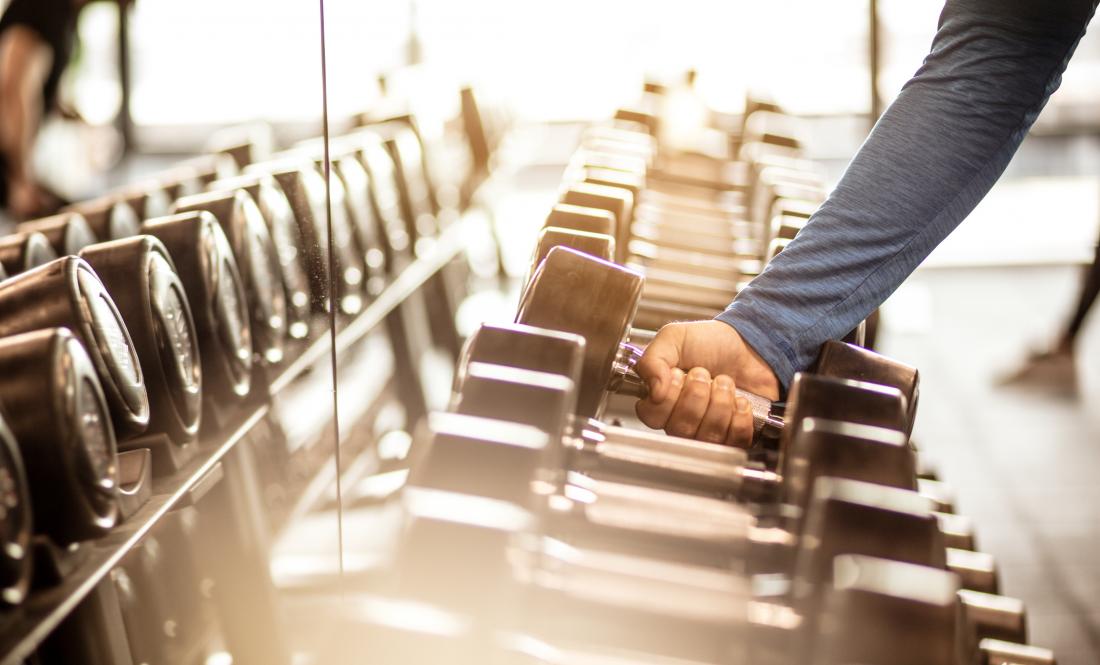 Strength training could help people with diabetes, the findings of a new mouse study suggest.

Insulin is a hormone that the pancreas produces to regulate blood sugar levels. When the body does not produce enough insulin or cannot use it, diabetes occurs.

In many cases, people can avoid diabetes by following a healthful diet and exercising. To develop new drugs that reproduce some of the benefits of physical activity, a team of scientists in Brazil analyzed the effects of strength training on the livers of mice.

The new study, by researchers at the University of Campinas (UNICAMP) in São Paulo State, Brazil, found that strength weight training can reduce liver fat and improve blood sugar levels in people with obesity and those with diabetes. The results of the research appear in the Journal of Endocrinology.

The liver plays a key role in blood sugar management and the development of diabetes. This organ produces, stores, and controls blood sugar levels. If the body produces too much fat, it can build up in the liver and lead to inflammation and liver failure. Overweight people are at high risk of developing both liver disease and diabetes.

“The liver should produce glucose only under fasting conditions, but if insulin signaling in tissue is impaired, the liver releases glucose into the bloodstream even after ingestion of carbohydrate, when insulin levels are high, and this raises the level of blood sugar,” explains Leandro Pereira de Moura, author of the study and professor at UNICAMP’s School of Applied Sciences.

Studying the effects of training on mice

The researchers divided the mice into three groups:

At the end of the study, the findings showed that even though the mice that exercised were still obese, their blood sugar levels improved significantly, while the mice in the sedentary obese group still had diabetes.

The exercise protocol only lasted for 15 days because the researchers wanted to demonstrate that the benefits had a direct association with strength training and not with other factors.

“Before we began the experiment, we conducted tests to determine the maximum load each animal could bear. We used a weight corresponding to 70% of this limit in the exercise sessions.”

“Our group had previously shown overtraining can contribute significantly to the development of nonalcoholic fatty liver disease. Excessively strenuous exercise can do more harm than good,” Prof. Moura adds.

The benefits of exercise on the liver

The scientists analyzed the effects of strength training on the liver tissue and found that exercise reduced liver fat by 25–30% and lowered the number of proteins that caused inflammation. Although the benefits were significant, the mice in the exercise group still had about 150% more liver fat than the mice that followed a balanced diet.

“Everyone knows physical exercise helps control disease. Our research focuses on how and why this is so, on the mechanisms involved. If we can discover a key protein whose levels rise or fall with training, we’ll have taken a step toward the development of drugs that mimic some of the benefits of physical exercise,” says Prof. Moura.

To evaluate these mechanisms, the researchers analyzed the benefits of exercise on the control of glucose production by the liver, also called hepatic gluconeogenesis. They administered pyruvate — the main substrate that the liver uses to produce glucose — to the mice to evaluate their tolerance.

The results showed that the mice that exercised produced less glucose than the sedentary obese group even though they received the same amount of pyruvate. These findings suggest that strength training caused metabolic alterations that made the liver more sensitive to insulin.

The team also investigated how exercise reduced liver fat by analyzing “the tissue expression of genes associated with lipogenesis (synthesis of fatty acids and triglycerides, contributing to the accumulation of fat) and lipolysis (breakdown of lipids for use as an energy source by the organism).” The findings showed a tendency toward more liver fat accumulation in the sedentary mice.

This study demonstrated that strength training led to benefits in the liver tissue that were unrelated to skeletomuscular contractions. The researchers hypothesized that a protein called clusterin might play a role in the communication between the muscles and liver. If additional research confirms this hypothesis, the team may test treatments with synthetic alternatives.