Stars from the 2018 European Ryder Cup team will look to take the limelight once again this week as the Dubai Duty Free Irish... 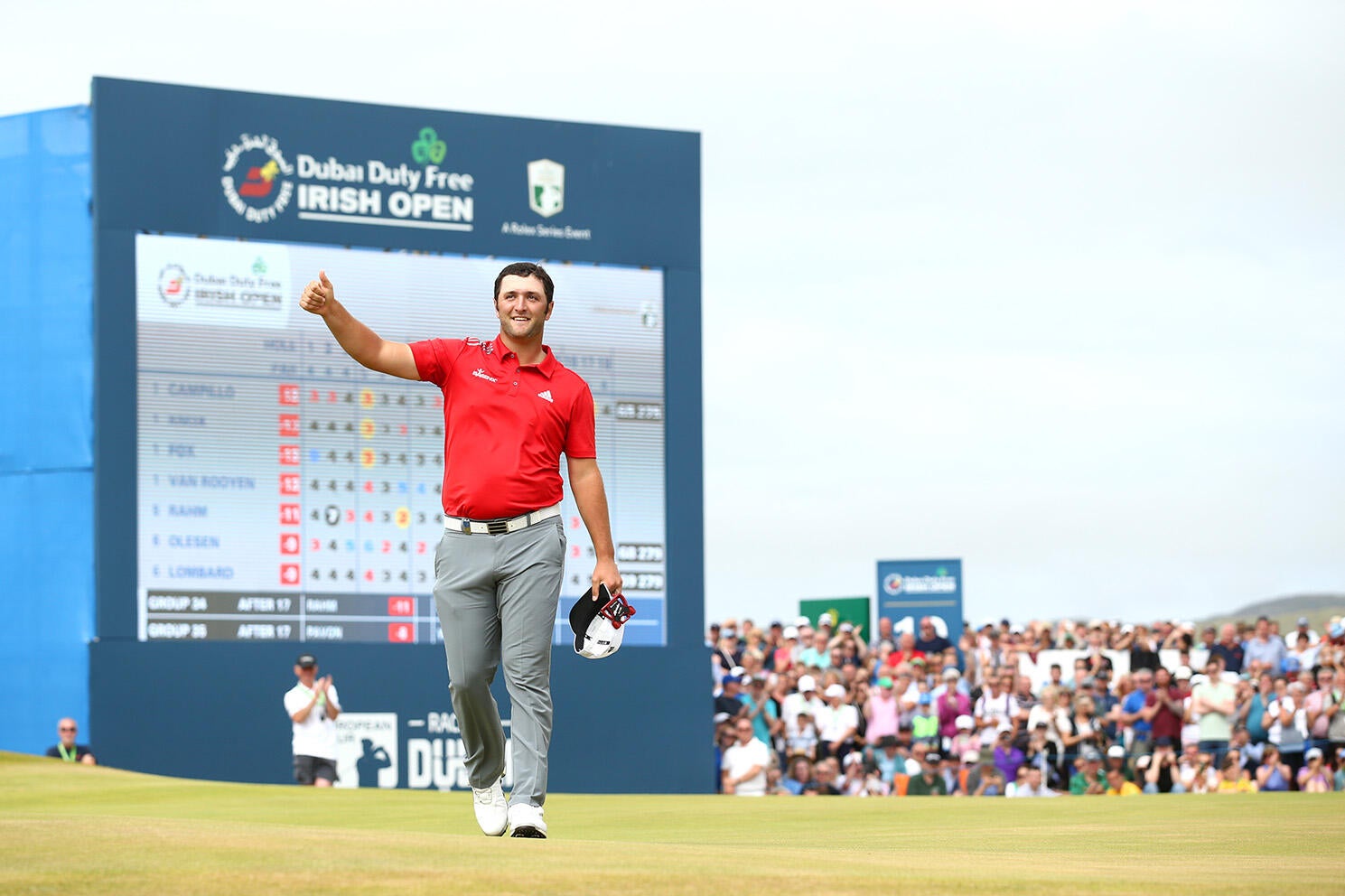 Stars from the 2018 European Ryder Cup team will look to take the limelight once again this week as the Dubai Duty Free Irish Open gets underway at the picturesque Lahinch Golf Club in Co. Clare on the west coast of the Emerald Isle.

Spanish World No.11 Jon Rahm, who won the Dubai Duty Free Irish Open two years ago, is looking to win his third Rolex Series title while 2017 Race to Dubai winner Tommy Fleetwood also tees it up hoping to add another piece of illustrious silverware to his collection.

England’s Tyrrell Hatton, twice a victor at the Alfred Dunhill Links Championship on the Scottish links of St. Andrews, also made his Ryder Cup debut alongside Rahm and Fleetwood last year and they will be joined by Ian Poulter – a modern-day Ryder Cup legend and 12-times winner on the European Tour.

Major champions Martin Kaymer, Danny Willett and Louis Oosthuizen will add their star power to proceedings while a strong contingent of home players are in the field hoping to leave Irish eyes smiling.

Three-times Major winner and the next European Ryder Cup Captain, Padraig Harrington, is looking to win his second Dubai Duty Free Irish Open title following his triumph at Adare Manor in 2007, which came just two months before his Major breakthrough at The Open at Carnoustie.

Shane Lowry is already a Rolex Series winner this season having clinched the Abu Dhabi HSBC Championship Presented by EGA in January in impressive wire-to-wire fashion. Lowry is a former winner of the Dubai Duty Free Irish Open having won ten years ago as an amateur.

“I don’t know if (winning this week) will top 2009,” said Lowry. “I don’t want to even start thinking about winning the Irish Open again – I try not to think about it. I’m currently only 32, so hopefully I’ve got another 15 or 20 Irish Opens in me and hopefully I’ll have a few chances to win again.”

This week’s tournament host, Paul McGinley has attracted a world-class field which includes future hosts of the Dubai Duty Free Irish Open – Graeme McDowell and Darren Clarke, with Harrington also taking up the role in the coming years.

“We’re well on our way to having sell-out crowds for the weekend which is unbelievable really considering The Open Championship is going to be here in a couple of weeks’ time in this country of ours,” said McGinley. “The players who come here will feel really well prepared to win a Major championship.”
Host McGinley’s meticulous attention to detail – which helped him Captain Europe to a stunning Ryder Cup victory at Gleneagles in 2014 – have been praised by sponsors Dubai Duty Free ahead of the event, particularly with the choice of venue for the tournament.

“I’m very pleased we became involved with the Irish Open five years ago,” said Colm McLoughlin, Dubai Duty Free Executive Vice Chairman and CEO. “We did it for one year as a test and it became so successful that we became contracted to do the next four years and during that period we became partner of the European Tour which gives us even more coverage and public attention to Dubai Duty Free.

“Lahinch village is quite a small village with 600 people living there. It’s on the most westerly point of Ireland and creates a lot of excitement there. During the evenings of the tournament, the village itself will have a carnival atmosphere as the streets will be closed and there will be concerts and entertainment. They’re expecting an excess of 80,000 to visit so we are very happy and excited for the event.”

With a world-class field assembled, a festival of fun outside the ropes and the continued support of an enthusiastic title sponsor, this year’s Dubai Duty Free Irish Open is all set to be another classic.