Sri Lanka has expelled over 600 foreign nationals, including around 200 Islamic clerics, since the Easter suicide bombings blamed on a local jihadi group,... 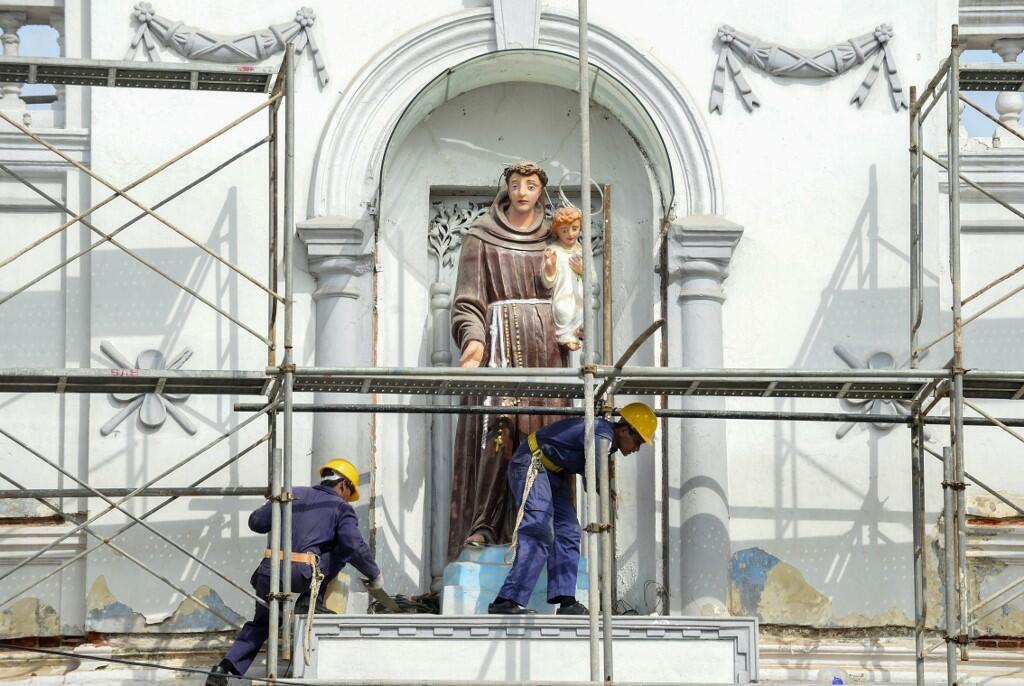 Sri Lanka has expelled over 600 foreign nationals, including around 200 Islamic clerics, since the Easter suicide bombings blamed on a local jihadi group, a minister told AFP on Sunday.

Home Affairs Minister Vajira Abeywardena said the clerics had entered the country legally, but amid a security crackdown after the attacks, were found to have overstayed their visas.  Fines were imposed and they were expelled from the island as a result, the minister said.

“Considering the current situation in the country, we have reviewed the visas system and took a decision to tighten visa restrictions for religious teachers,” Abeywardena said.

“Out of those who were sent out, about 200 were Islamic preachers.”

The Easter Sunday bombings that killed 257 people and wounded nearly 500 were led by a local cleric who is known to have travelled to neighbouring India and had made contact with jihadists there.

The minister did not give the nationalities of those who have been expelled, but police have said many foreigners who have overstayed their visas since the Easter attacks were from Bangladesh, India, Maldives and Pakistan.

“There are religious institutions which have been getting down foreign preachers for decades,” Abeywardena said. “We have no issues with them, but there are some which mushroomed recently. We will pay more attention to them.”

The minister said the government was overhauling the country’s visa policy following fears that foreign clerics could radicalise locals for a repeat of the April 21 suicide bombings, which targeted three Christian churches and three luxury hotels.

Sri Lanka has imposed a state of emergency since the attacks and given wide powers to troops and police to arrest and detain suspects for long periods.

House-to-house searches are being carried out across the country looking for explosives and propaganda material of Islamic extremists.

Sri Lanka’s police on Wednesday named nine of the alleged attackers, adding that their assets will be confiscated in line with anti-terror laws.

Police spokesman Ruwan Gunasekera confirmed that two of the luxury hotels targeted were bombed by two brothers from a wealthy Colombo family involved in spice exports.

The group of Islamists had used one bomber at each of the locations hit on Easter Sunday, except at Shangri-La hotel where there were two suicide explosions.

The St. Anthony’s Church was targeted by a local resident named Ahmed Muaz. His brother has been arrested. The St. Sebastian bomber was Mohamed Hasthun, a resident from the island’s east where Hashim was based.

The Christian Zion Church in the eastern city of Batticaloa was hit by a local resident, Mohamed Nasser Mohamed Asad.

A spokesman for Cardinal Malcolm Ranjith said on Thursday the Church received “specific information of two possible attacks against churches,” and it was decided to call off the May 5 mass.

“On the advice of the security forces, we have decided not to have Sunday masses in any of the churches,” the spokesman told AFP.

The services were cancelled a day after all political parties scrapped May Day rallies amid fears of bomb blasts.