COLOMBO (AFP) – Sri Lanka’s President marked the 10th anniversary of the end of a protracted war with Tamil rebels on Sunday (May 19)... 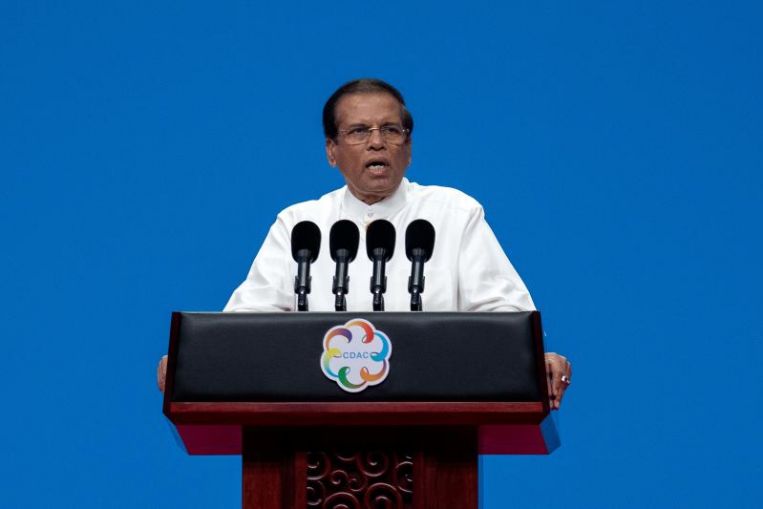 COLOMBO (AFP) – Sri Lanka’s President marked the 10th anniversary of the end of a protracted war with Tamil rebels on Sunday (May 19) by vowing to crush Islamist militants responsible for Easter bombings that killed 258 people.

Mr Maithripala Sirisena said Sri Lankan security forces and intelligence units could use their experience in defeating separatist Tamil guerrillas a decade ago to meet the new challenge from religious extremists.

The government has blamed a local extremist group for the April 21 attacks against three churches and three luxury hotels that also left 500 injured and shattered a fragile decade-long peace in the island of 21 million people.

“With experience from a war that lasted over three decades, we are now compelled to meet a completely different threat,” Mr Sirisena told a commemoration ceremony.

“We have been able to arrest all those who were behind the Easter attacks. Some have been killed in confrontations,” he said.

“This gives me confidence that we can completely eliminate the threat from international terrorism.”

Muslims account for 10 per cent of the population in the mainly Buddhist nation, which has been under a state of emergency since the attacks that were also claimed by the Islamic State in Iraq and Syria (ISIS) group.

Army chief Mahesh Senanayake said the military was paying tribute to around 28,000 soldiers who died in the war that ended on May 18, 2009, with the killing of Tamil Tiger leader Velupillai Prabhakaran.

Some 5,000 government troops and police are also listed as missing since the end of the insurgency.

Sri Lankan forces have been accused of killing about 40,000 Tamil civilians in the final months of the conflict, a charge successive governments have denied.

Nearly 16,000 others are also reported missing, according to the newly established Office of Missing Persons.

The official remembrance ceremonies in Colombo took place a day after members of the 2.5-million-strong Tamil community mourned their war dead in the northeastern coastal district of Mullaittivu, where the rebels mounted their unsuccessful last stand.

Hundreds of Tamils gathered at a public park on Saturday to light lamps and offer flowers before a makeshift memorial showing photographs of hundreds of men and women who went missing, in many cases after being captured or surrendering to troops.