KANDY (Sri Lanka) • Police lined the streets of the Sri Lankan highland town of Kandy yesterday and the army was on standby, as...

KANDY (Sri Lanka) • Police lined the streets of the Sri Lankan highland town of Kandy yesterday and the army was on standby, as hardline Buddhist monks gathered for their first big assembly since the Easter attacks by Islamist militants on churches and luxury hotels.

Mr Galagoda Aththe Gnanasara, the influential head of Buddhist nationalist group Bodu Bala Sena (BBS), has called for as many as 10,000 clergymen from across the country to attend the meet.

The group said the gathering will decide who to back in the presidential election later this year in the Indian Ocean island nation, where Buddhists make up about 70 per cent of the population. The rest include ethnic Tamils, who are mostly Hindus, and Muslims.

Dressed in orange robes, Mr Gnanasara visited one of Buddhism’s most sacred temples in Kandy yesterday, where a relic believed to be Buddha’s tooth is kept.

Later in the day, the hardliner, who has faced allegations of inciting violence against Muslims, was set to address the gathering.

After visiting the temple, he told reporters they would take a “historical decision” to provide leadership for the development and security of the Sinhalese.

“Today, the Sinhala ethnicity, which has developed this country historically, has become very weak… There is no leader who holds responsibility for the Sinhalese,” he said, adding that some people were trying to sabotage the convention by spreading fear of riots. 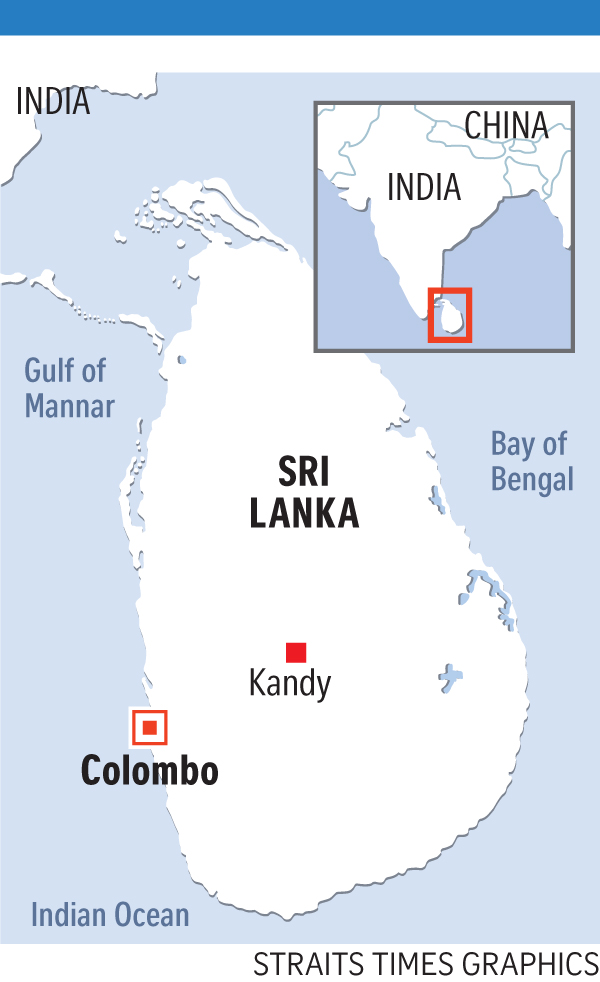 Police and armed army personnel lined the streets around the stadium where the gathering was to take place and were also present outside other Buddhist temples in the town centre.

There has been increasing anti-Muslim violence in the country in recent weeks, blamed in part on Buddhist groups, in apparent reprisal for the April bombings claimed by terror group Islamic State in Iraq and Syria that killed more than 250 people.

Muslims have become fearful of a backlash, especially from hardline groups such as the BBS. Many shopkeepers and restaurant owners in Kandy said they planned to close their establishments yesterday for fear of violence.

Mr M.J.M. Faizal, a Muslim who set up his leather store in Kandy 20 years ago, said late last Saturday that he never had a problem with his neighbours, even if they belonged to different communities.

“We are not safe now, there is always tension about what might happen. If we could, we would move to another country,” said the 55-year-old, adding that his wife and daughters now do not leave the house alone and are always accompanied by him or his brother.

Kandy was rocked by violence last year when mobs vandalised a mosque, homes and businesses.

“The government is not doing enough for our security and safety,” said 42-year-old Mohamed Rilwa, a Muslim businessman who owns a general store which remained closed yesterday.

“They see all of us the same way… just because we are Muslims and we have Muslim names,” he said, adding that he has lost 75 per cent of his business since the attacks and worries for the safety of his wife and three children.

Mr Yatawaththe Dhammaloka, one of the organisers of the meet, however, said the objective was to unite Sinhalese who were politically, economically and culturally divided.