Spokesman for the Palestinian Presidency Nabil Abu Rudeineh, Described the Conference as a ‘Stunning Failure’

The Palestinian presidency described US President Donald Trump’s statements during the press conference in Osaka, Japan, as “discouraging” saying the US administration was not... 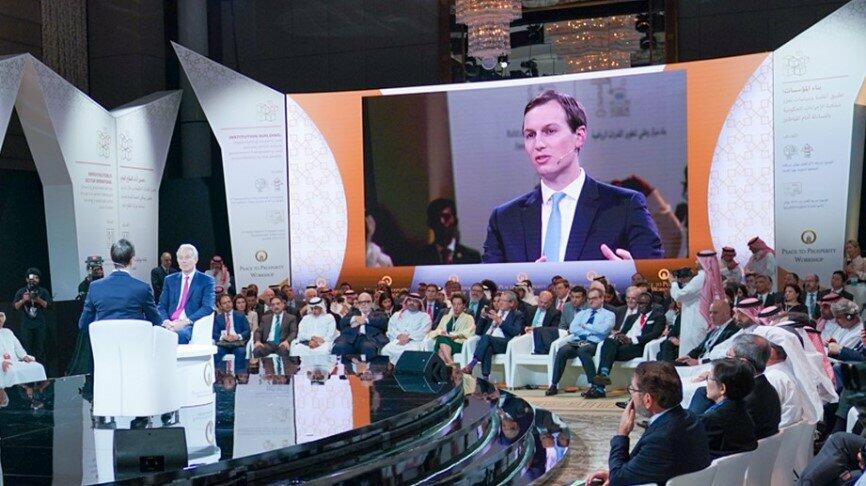 The Palestinian presidency described US President Donald Trump’s statements during the press conference in Osaka, Japan, as “discouraging” saying the US administration was not aware of the failure of the Manama workshop.

Spokesman for the Palestinian presidency Nabil Abu Rudeineh, described in a press statement the conference as a “stunning failure,” despite the “policy of punishment and intimidation used by the Trump administration against everyone.”

Abu Rudeineh said the US team behind the plan was “totally biased toward Israel,” and “cannot offer solutions that can lead to a lasting and just peace.”

The road to peace was clear and must be based on the UN resolutions and the Arab Peace Initiative, not on economic illusions that replace land for peace with prosperity for peace, according to the spokesman.

“We say that national rights are not pieces of real estate that are purchased and sold and that arriving at a political solution that guarantees freedom, dignity, independence and justice for our people must precede any economic programs or projects because that will create stability and security for everyone,” Abbas charged.

The Presidency’s statements are not new concerning the US peace plan, but they were in response to Trump who said that a peace agreement between the Palestinians and the Israelis would never be concluded if it was not signed during his term.

Speaking at a press conference in Osaka at the end of the G20 economic summit, Trump said there is a “very good chance” his proposal for solving the decades-long conflict could succeed.

Trump said he believes the Palestinians, who have boycotted his administration since his recognition of Jerusalem as Israel’s capital, want an agreement, adding that if they agreed, he will reinstate the financial support.

Trump suspended all financial assistance to Palestinians, including aid given to hospitals and associations concerned with coexistence with Israel.

Trump’s recent comments came two days after the Bahrain workshop, which included the introduction of the economic part of the US peace plan known as the “deal of the century”, a workshop boycotted and strongly attacked by the Palestinians.

Netanyahu and the US team do not want peace on the basis of international law and justice, he noted, adding that they want peace and prosperity for the settlers believing that those who went to Manama support their plan.

A few Palestinian businessmen attended the economic workshop, despite a prior threat from the PA.

The authorities tried to arrest other businessmen, but they fled to Israel or areas in the West Bank controlled by Israel.

Israeli sources said some businessmen will also try to travel abroad via Israel so they would not be arrested.